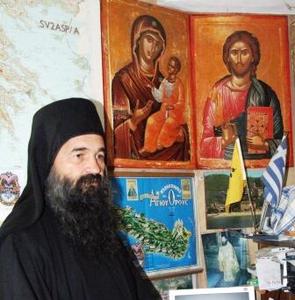 I received an interesting letter along with my QSL card from Monk Apollo SV2ASP/A Mount Athos.
Dear friends,

I would like to ask for your help in a problem that I confront. Recently, in the new regulations made by the Greek Ministry of Communications gave the SY prefix to Special call to anyone who wants it. Sadly the men at the Ministry do not understand the importance of the DXCC – Entity Mount Athos to the World of Amateur Radio.

Monk Apollo invites you to send an email to the Ministry yme@otenet.gr  and ask them to reserve the prefix SY solely for the use of to eliminate any confusion of the DXCC Entity Mount Athos.

Thanks in advance for your assistance, from Mount Athos, the “” I send you my best wishes. God Bless you – Monk Apollo. 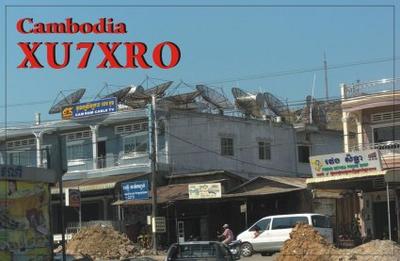 John 9M6XRO is now active until the 18th December 2008 as XU7XRO all QSL requests will be sent when John returns home and sends me the log update. Email Bureau requests will also receive a reply email when i got the log. As soon as i have more information i will let you all know on this blog.
I will be designing a new XU7XRO QSL card on John’s return home from his latest Cambodian expedition.
May i take this opportunity to wish you all a verry Merry Christmas and a Happy New Year 2009. 73 de Tim M0URX

CY2ZT/2 draws to a close 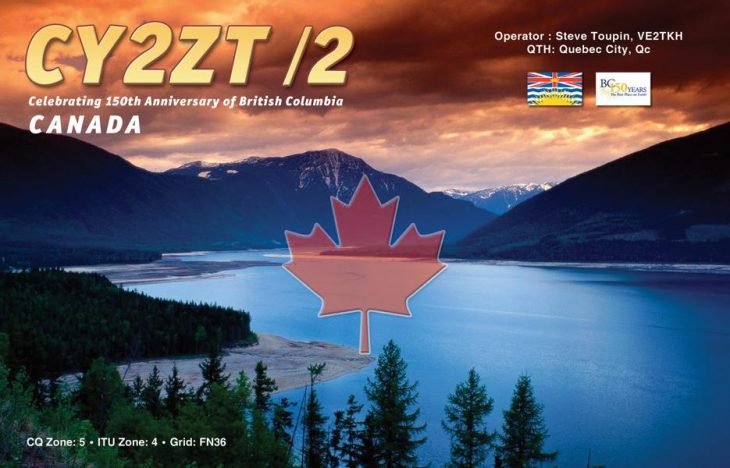 Last week saw the Special Event Station CY2ZT/2 by Steve VE2TKH draw to a close, Celebrating the 150th Anniversary of British Columbia. In an email from Steve he says “I had plenty of fun with that call despite some heavy QSB and often poor RX conditions on my multibands dipole, but 5974 Qs is very good” Well done Steve! You operated professionally and it was a great pleasure to work with you on this operation.
All QSL cards have been replied to, some are here waiting for my next posting before Christmas. All Bureau cards will shortly be heading off to the Bureau too! Thank you to everyone for your participation.

DUDLEY AND DISTRICT ARS have organised a presentation on the DXpedition
3B7C, St Brandon, by Don Beattie G3BJ, who was a crew member on the DXpedition.
Don says, the presentation should last about 1hr 45mins, power point presentation with video clips.
WEDNESDAY 29th APRIL 2009, doors open 19:00 for a 19:45 start.
The venue is: Trysull Village Hall,
FEISHALL LANE, TRYSULL,
WOLVERHAMPTON,
WEST MIDLANDS.
More information on the Dudley & District Amateur Radio Society can be found at: http://www.kadars.org.uk/
m0vky@hotmail.co.uk  is the email address for anyone wishing to contact me about the presentation. Visitors welcome 73 de Simon M0VKY

QSL info for XU7XRO is only via Tim, M0URX. Bureau, direct or email
requests to M0URX for bureau cards are accepted.

Having been in daily contact with Island Man/Andy Strangeway, I fully appreciate just how much time and energy has gone in to arrive at this particular point of the Rockall 2009 expedition. Below is a press release issued on Island Man’s Rockall website.   Col, MM0NDX http://dx-hamspirit.com/

I appreciate it would appear that there has been little news in the last few weeks but I can assure everyone that things have certainly been moving. I expect before Christmas that news of transportation to Rockall being secured will be announced.

Working in tandem with my friend Col, MM0NDX I am acutely aware of the interest shown in EU-189. With this in mind I would like to invite radio hams, be they individuals or clubs, to contact me with their proposals to be part of this exciting expedition. I require the following information to be included in the proposal.

The maximum and minimum number of berths that would be required.
A CV of previous radio activations of those that would be involved.
Any information of additional skills that would strengthen the depth of the expedition, for example any crewing of yacht/boat, tender experience or climbing ability.
The countries who have so far shown the greatest interest in the expedition are Belguim, France, Japan, Norway, UK and USA. I would especially like to hear from Japanese radio hams as not one operator from Japan has ever contacted Rockall. EU-189 is the most wanted IOTA in Japan.

Once the transport has been secured, the team for the expedition will be selected and dates announced. A website can be built especially for the radio hams and a QSL manager is already secured should you require these extras.

For all proposals in the first instance, please contact Andy at info@island-man within the next seven days. http://www.island-man.co.uk/

This weeks log update from John 9M6XRO includes the following information:
“We are going to Labuan OC-133 on Nov 24th and will operate from the 24th to the 28th November. We will use 9M6DXX/P and 9M6XRO/P using mainly SSB and CW hopefully on all bands 160-10m running 400w. We have not put this on any bulletins as yet. A few other ops are going from the SEANET group so there may be other calls in use as well. We are taking 2 rigs but as we have no bandpass filters we will only be able to run two stations if we can get enough separation between the antennas.
QSL Via M0URX direct or email bureau request to tim@m0urx.com 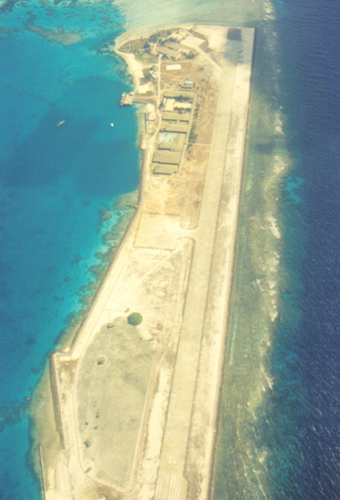 Due to a combination of personal and logistical reasons unfortunately it has been necessary to postpone the proposed March 2009 Spratly Island DXpedition. It is hoped that the DXpedition will go ahead at a later date.
Donations will be returned to those sponsors who kindly made contributions to the proposed DXpedition. 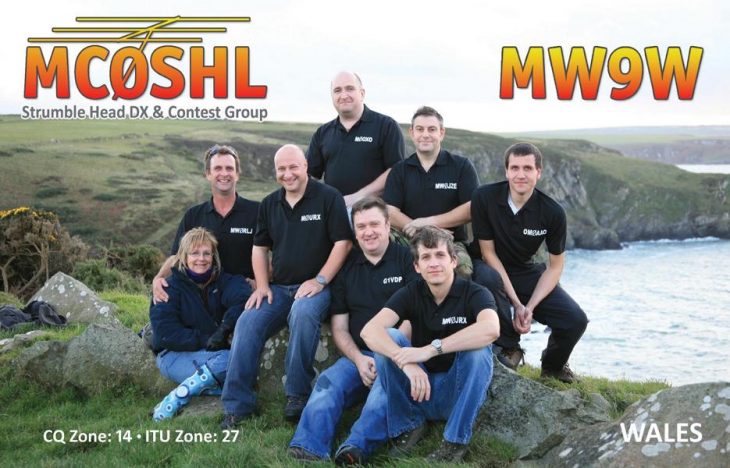 I am pleased to report that the MC0SHL / MW9W QSL design is now at the printing stage. I had delayed the printing of this card for a while as Oliver was awaiting his advanced exam results.
The QSL cards will be printed and ready for dispatch to you in about 2 weeks. 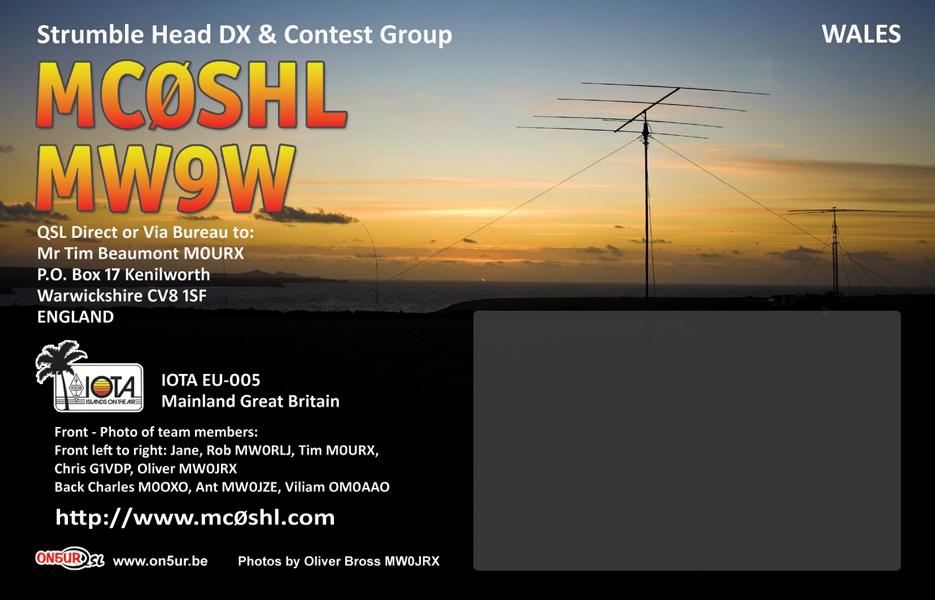 I am now back home after being away in Wales for a week taking part in CQWW contest. It was excellent, great friendships, excellent banter, brilliant contesters and just a really good time. Thanks to our host Rob Johns MW0RLJ for putting up with the crew this week. You can read the full story on our blog page at: http://www.mc0shl.com/blog.html
My entry was 40m High Power Single op and i managed to do 950 QSOs 98 DXCC, 23 Zones, Total Points 159,478, which is an all time record for the category in Wales and also beats other UK scores for 40m HP Assisted.
A big well done to Oliver Bross, he announced that he had passed his advanced amateur radio exam that he had taken the week before at the HFC and was now MW0JRX yeeehaaarrrr.
Since arriving home all emails have been responded to and all mail has been processed and is all up to date.
Back to work tomorrow!