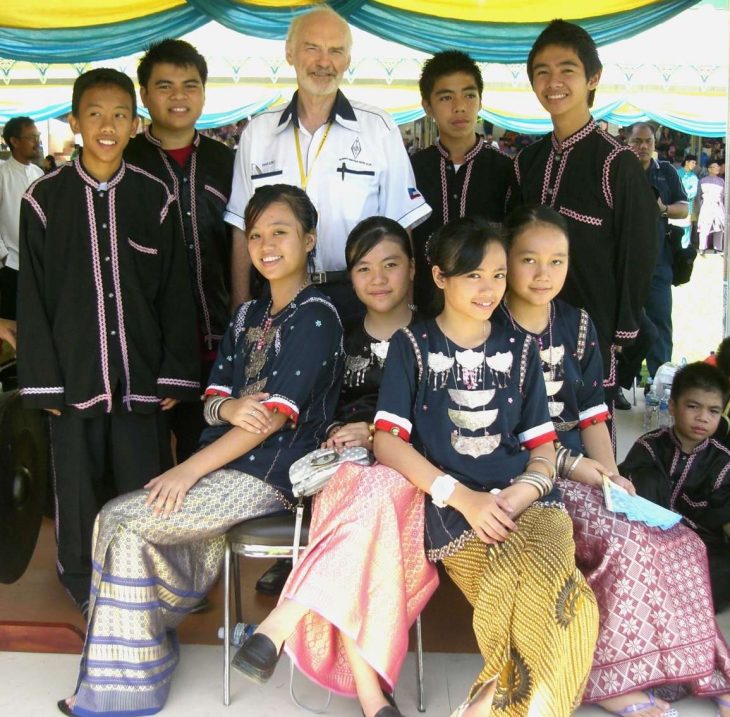 John Plenderleith 9M6XRO reports this week, John says:
“We had a great time at the 6th All Borneo Amateur Radio Festival in Brunei over July 23-25th hosted by BDARA whose members could not do enough for us. I kept the BARC banner flying high by winning the CW and General Knowledge Competitions!

As it so happened the 25th was the Sultan of Brunei, Hassanal Bolkiah’s 64th birthday and all Bruneians turn out for it. Everyone at the Hamfest was also invited. BDARA was allotted booth number 64 at the Padang and after the welcoming ceremony the Sultan makes the rounds of all the booths most of which are for local people from the outlying villages. At the BDARA booth the Sultan was presented with a gold-plated morse key and up to that point I was not aware of the Sultan’s interest in ham radio but it seems he has the call V85HB and the booth had on display images from the past of the Sultan operating on 2m and working YB on HF! 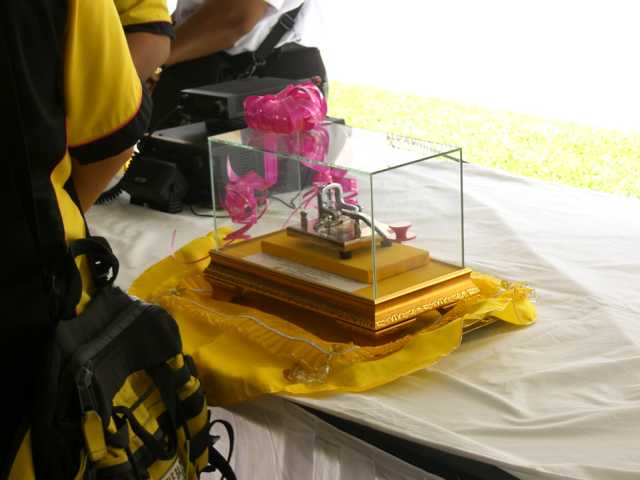 I have attached photos of the gold-plated key, and one of yours truly with the talented young musicians from Kampong Bebuloh who were adjacent to our booth and performing traditional music on their gongs. I am sure some of the youngest members were no more than 5 or 6 years old and were barely visible behind the larger gongs but they never missed a beat!

Clubhouse Repairs
On Thursday I went out to Langkah Syabas resort with 9M6GY and set up the station for a JA visitor, JE9MBV. I spent Friday at the BARC clubhouse repairing the low band inverted vee. A barrel connector and two PL-259 plugs were cremated so once again I suspect a lightning strike close by as the culprit. I have been busy but not on the air!

9M6XRO’s Noisy Electricity Pole Gets a Visit!
One other thing. I had a call from the MCMC last Thursday and was told that the SESB (Electricity Board) were sending engineers out to inspect the noisy pole I’d been complaining about. I quickly headed out there clutching my MFJ noise meter and let them listen to the problem. The result is that it is now on their work list so one of these days it should get done. I just hope it is the last one and the problem doesn’t jump to the next dodgy pole along the line!”