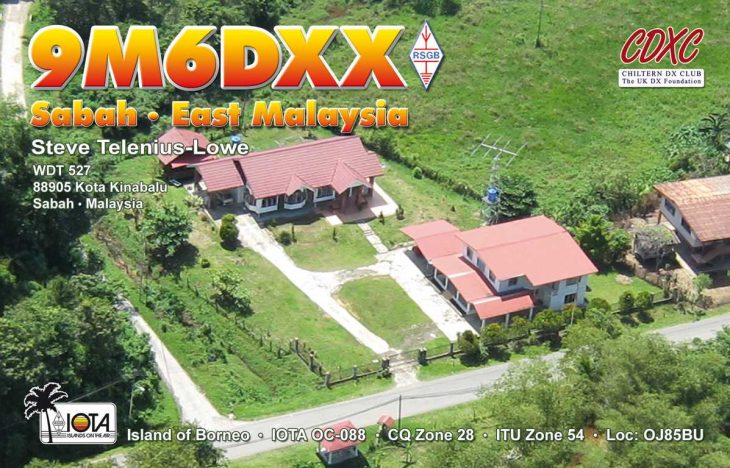 9M6DXX, Steve, has been QRV on Sunday on 15m with S9+ signals into Europe and East coast USA. Valid for the ARRL Diamond DXCC Challenge as British North Borneo. Good to see the band conditons improving once again.

YJ0VK DXpedition to Vanuatu were heard here for about 9 hours today on 20m and doing an excellent job from YJ.

High winds here in England stopped much of my transmissions today, the storm has now passed and antenna is back in the air. First signs of 6m opening with some Sporadic E signals from much of Europe today.

If you work at the Bureaus and receive my package please let me know its progress. It is always good to be sure that my Bureau packages are processed quickly. Thank you.

END_OF_DOCUMENT_TOKEN_TO_BE_REPLACED 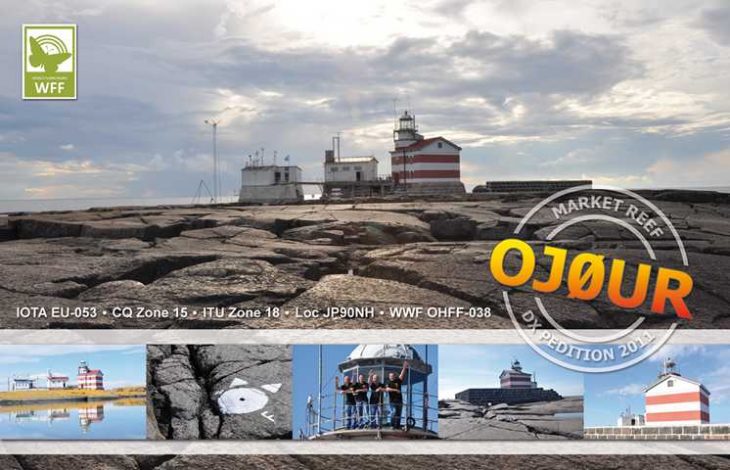 OQRS – Online QSL Request System is a relatively recent addition to the tool used by the DXer to request a QSL from the DXpedition. From my experience many of you are not sure how to use OQRS in relation to your QSLing and logging needs.

Firstly it is most important to remember that YOUR QSL card is NOT required for DXpeditions, IOTA’s and some rare DX activity. If you use my OQRS and I need your QSL then I will email you and ask you for your card. 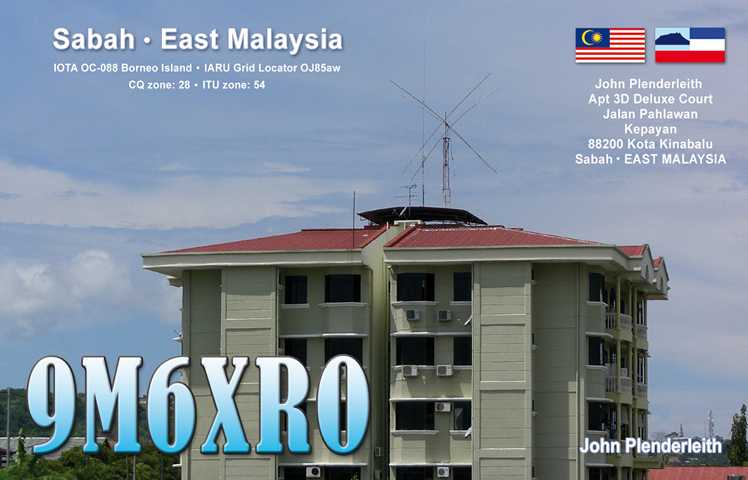 as been requested and the date. This may all sound like common sense, but as I am receiving sometimes several OQRS, direct letters and Bureau cards for the same single QSO it is quite clear that there needs to be much better log keeping by DXers.
By bombarding me with duplicate QSL requests just slows my work down and delays ALL outgoing mail so I must ask you please to think!

VERY IMPORTANT – If an OQRS is available then NO QSL cards should be sent Via Bureau, only those who have no internet access.

How do I know when my OQRS has been processed?
You can log into my OQRS with your email address and call sign at any time. You will see your QSL requests listed as “OPEN” this means i have opened the request. Once I have then processed your request you will see “PROCESSED” next to the QSO details.
The QSL will be posted direct quickly. Bureau dispatches are sent directly to each world Bureau every 3 months.

Why does it cost more than $2?
When using PayPal for small transactions there is a PayPal charge of 42c that I have to pay for every transaction. This is why my OQRS is set at €2 to cover this charge and that of the envelope and ink. This is still cheaper than your postage costs.

We have a duty to reduce waste that goes through our Bureau system, this will speed up QSL delivery times and reduce costs for the IARU Bureaus. 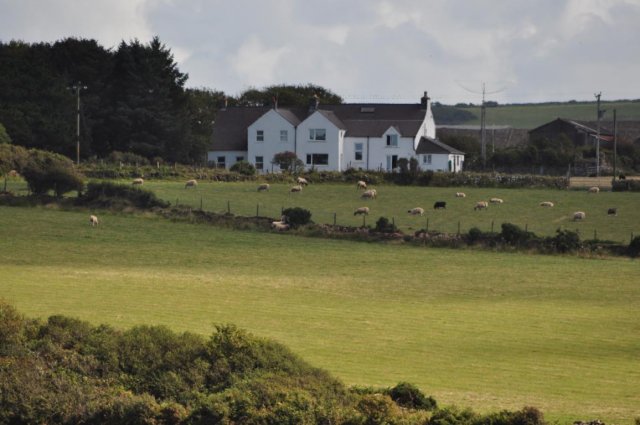 Members of the Strumble Head DX & Contest Group will be active once more from their Club Station in the Pembrokeshire National Park in Wales. QRV as MC0SHL

This area is good for WFF as reference GFF-015 and the DXCC is Wales.
The group will be active ‘holiday style’ from Thursday 19th April to Monday 23rd April 2012.
QSL is Via Tim M0URX or OQRS
More info about GFF-015 can be seen here: WFF
Tweet 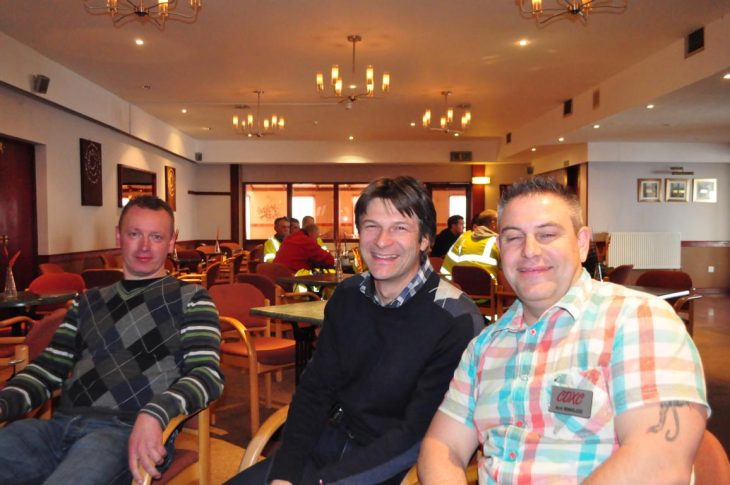 This past weekend (April 13th to 15th 2012) saw the GMDX Convention take place at the King Robert Hotel outside Stirling, Scotland. Ant (MW0JZE), Tim (M0URX) and Chris (G1VDP) attended the event, with Tim giving a presentation on the trip to 4W6A by the guys in 2011.

Ant drove from his home in West Wales on Thursday evening and stayed over night with Tim at his home in Coventry. On Friday the pair made the short journey to collect Chris from his home and then drove the 300 miles to Stirling. This journey took them 4 1/2 hours arriving to a warm welcome at the hotel around 16:30 local time. This meant a quick refreshing drink and then get ready for the evening meal and having some fun with the other attendees who had arrived on the Friday evening. 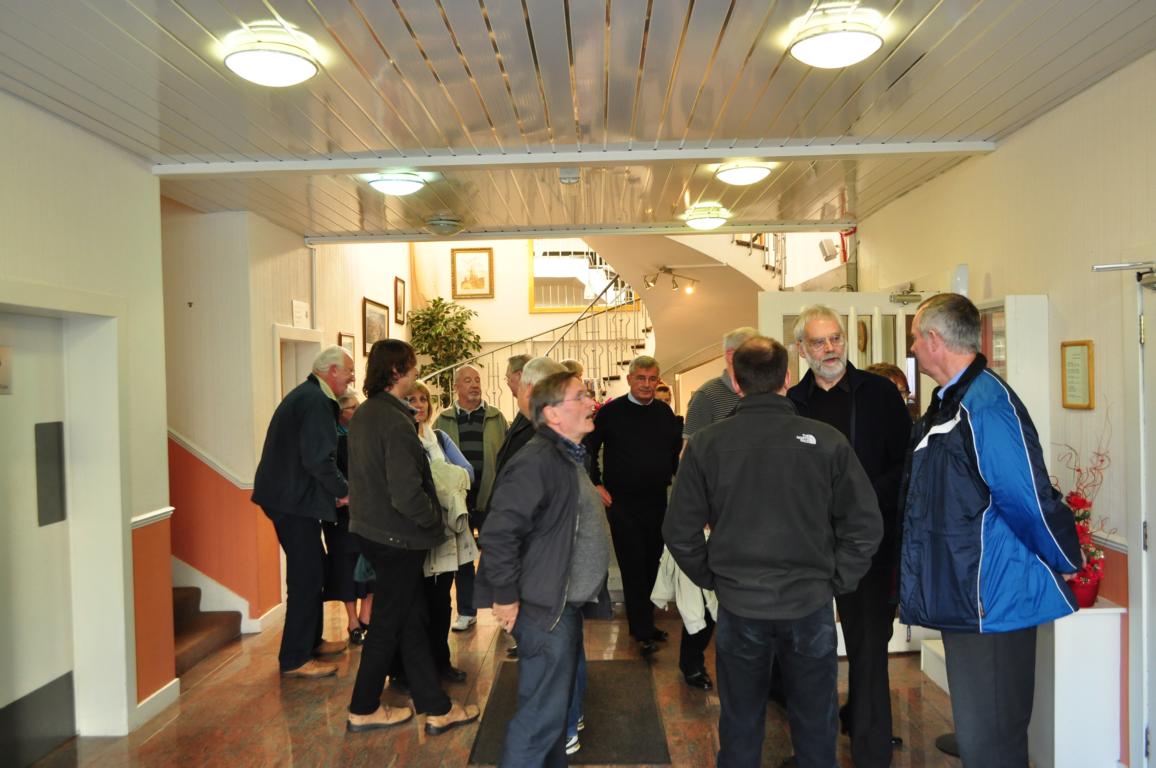 Robbie (GM3YTS) had booked a table at a local pub/restaurant for 14 people, but this had expanded to 20 by the time everyone was ready to sit down. Fine cuisine and local hospitality was certainly welcome, and the company we were in was superb. The conversation (and beer) flowed well and new friendships were made over a glass or two. Returning to the hotel the conversation and beer carried on for another couple of hours, but the lads were all tired and decided to have an early night – by their standards – and retired to bed around midnight (local).

Saturday again was an informal morning with the convention kicking off with the presentations at 13:00, so this allowed the guys time to go and visit the Bannockburn Heritage centre next door to the hotel. The hotel, and indeed the local area, ar all on the edge of the historic battlefield of Bannockburn, where Robert the Bruce of Scotland defeated the English army of King Edward 1st in 1314, and thus securing their independence from English rule. The centre has a short film depicting the battle as seen through the eyes of a small boy who then becomes a scribe and writes down his memoirs, and with the static displays and the chance to try on the armour worn back in the day which the guys found most interesting. One thing they did find out is that the chain mail armour that was worn weighed in at some heavy kilos, and the helmets would do more harm than good when struck. A  fascinating part of our past and worth the visit. 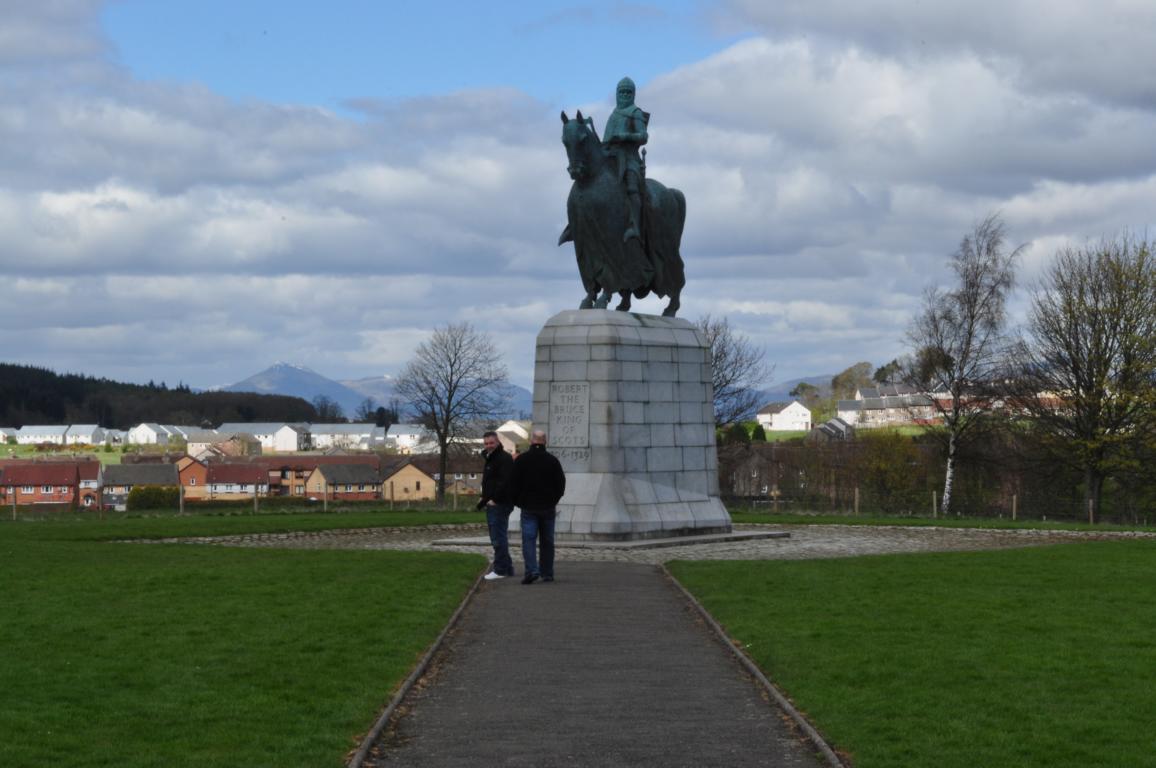 A return to the hotel and meet up in the bar for a quick lunch and chat with friends old and new before the proceedings started in earnest. Robbie (GM3YTS) kicked off the proceedings with his introduction and welcome speech before Chris (GM3WOJ) gave the first talk on his trip to ZK2V (Niue) and his experiences out there. Tim followed Chris with the presentation on 4W6A and once again we established a link with Stuie (VK8NSB) in Darwin, Australia over SKYPE. This was well received by all in attendance and a number of people were surprised at how well the link lasted and the quality of the video and audio from our friend in Oz. At this point a short break was taken for coffee, and we thank all who came up to Tim, Ant & Chris to comment on the presentation and the link with Stuie.

It was then the turn of John (G3WGV) and Clive (GM3POI) to give the presentation on the T32C trip to Kiritimati Island (Christmas Island) in the Pacific ocean. This trip was by the FSDXA who had spent thousands of dollars and many months planning for it to go wrong and then be rescued at the 11th hour. They broke some of the DXpedition world records and have once more moved the bar for this type of expedition to these remote islands and wanted DXCC entities.

Again a 5 minute break for the T32C guys to take out their laptop and for the Belgians boys in attendance to set up their laptop and get ready for their talk on the trip to Rockall (IOTA EU-189). Patrick (ON4HIL) and Marc (ON6CC) had been trying for over 2 years to make this happen – Rockall is basically a lump of Rock 300 miles from the nearest coast line of any Scottish Island or mainland and is in the North Atlantic ocean, a inhospitable place at the best of times! It is one of the most wanted island groups in the RSGB IOTA award programme and probably one of the most dangerous to get on and off to activate. They also showed a video of about 45 minutes of the journey out and on the rock. 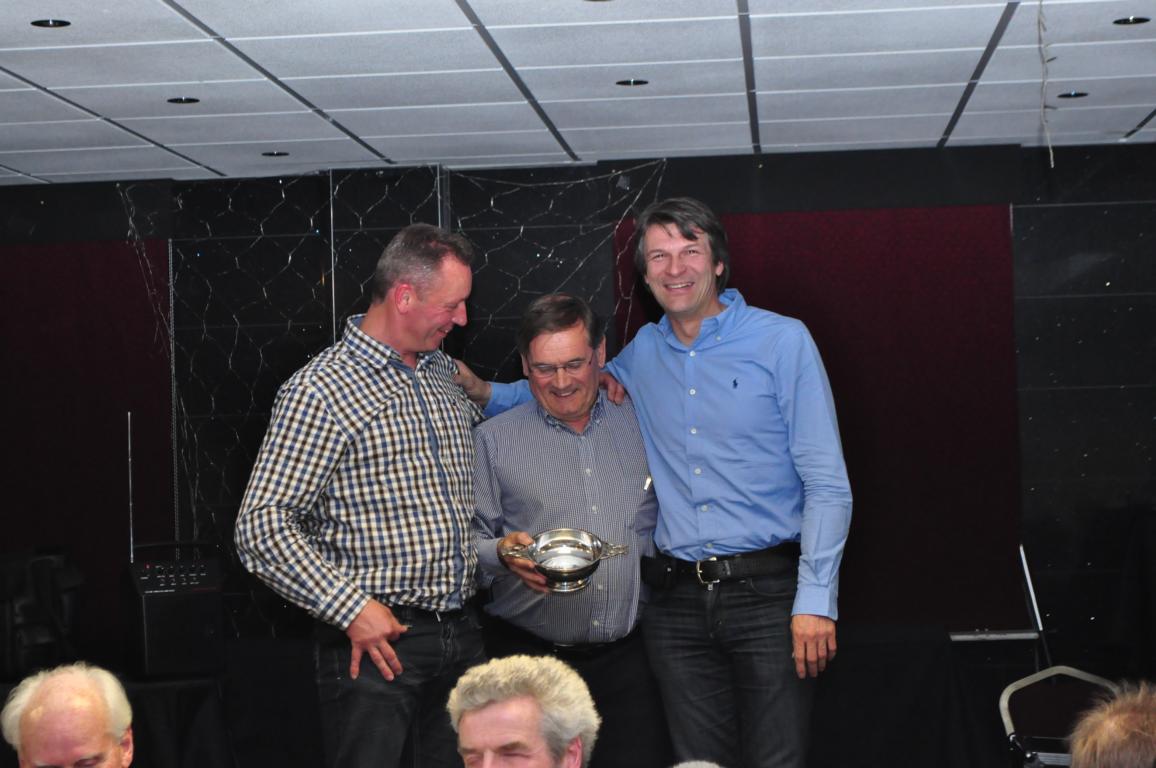 The team had to undergo a lot of training for their safety and just to get the permission to get out to the island. We would like to thank the 2 guys for travelling from their homes and for the presentation. we also had some fun and drinks with them both in the bar on Friday and Saturday evening so thanks guys for attending.

Robbie then brought this part of the day to a close at 18:00, allowing all attendees to have a quick drink and chat in the bar before getting ready for the evening meal and socialising. This also gave everyone time to discuss where all the presenters are next planning to activate, and for some secrets to be gleaned from them. Don’t worry we will keep it quiet on where you are going Patrick!!!

The time came for the everyone to sit down at their tables for the dinner and presentations. Tim, Ant and Chris were joined by Col (MM0NDX of DX World.net), Dave (MM0EAX), Clive (GM3POI), Cris (GM4FAM), Chris (GM3WOJ) and Colin (GM0RLZ). The conversation was naturally about DXing, contests and Antennas with Ant and Clive discussing the best antennas for inter UK working on 80M. There was also 3 quizzes running through out the meal. The first being one of flag recognition, where we had to name the countries flag and capitol city. A DX quiz and a general knowledge quiz. The table, table 3, came 2nd in the flag quiz – winning a bottle of white wine – and 1st in the DX quiz – winning a bottle of red wine. The General knowledge was not our best result. Fabulous fun and excelle 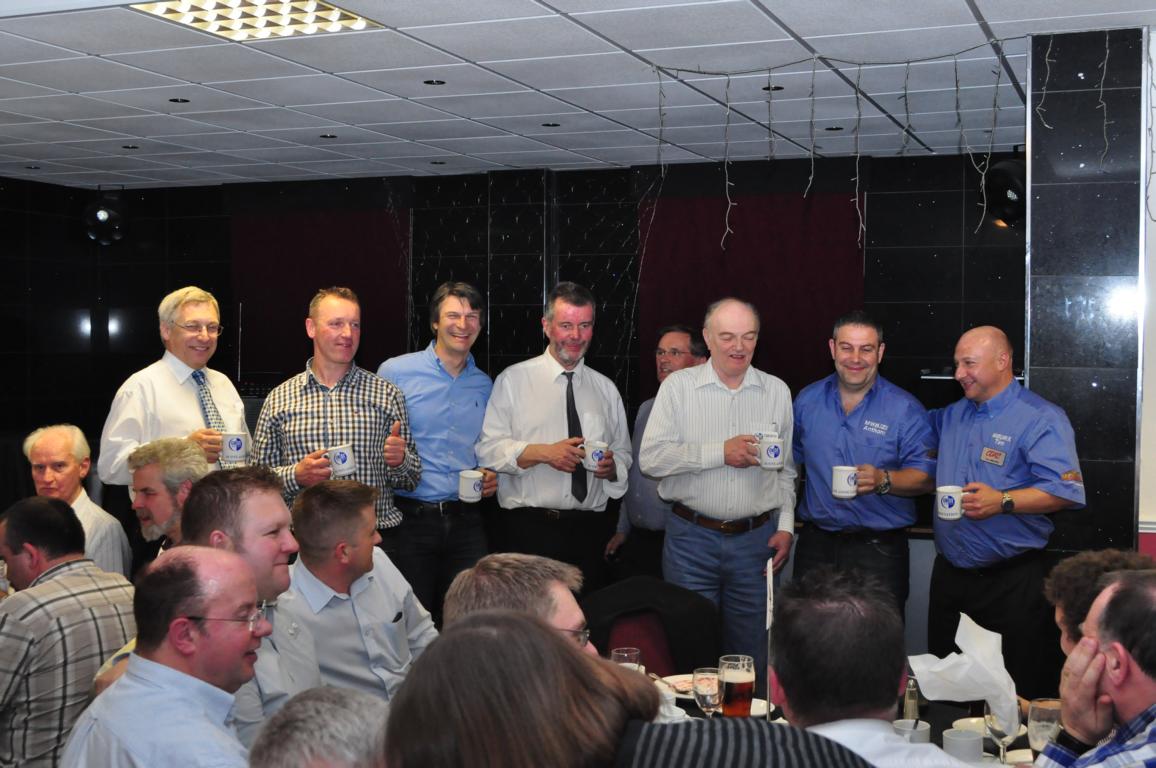 The presentations took place following the meal. These were in the guise of a GMDX Mug for all the presenters and 2 special presentations of a Quaich, a pewter dish with Celtic handles.

These werepresented to Col (MM0NDX) for his work on DX World, and to Marc (ON6CC) and Patrick (ON4HIL) for their work in activating Rockall. Well done to all who received a mug. Chris (GM3WOJ) donated his to the SHDXCG boys to send over to Stuie (VK8NSB) in Australia and we would like to thank Chris for this generous offer. I am sure Stuie will have it in his shack as a souvenir. 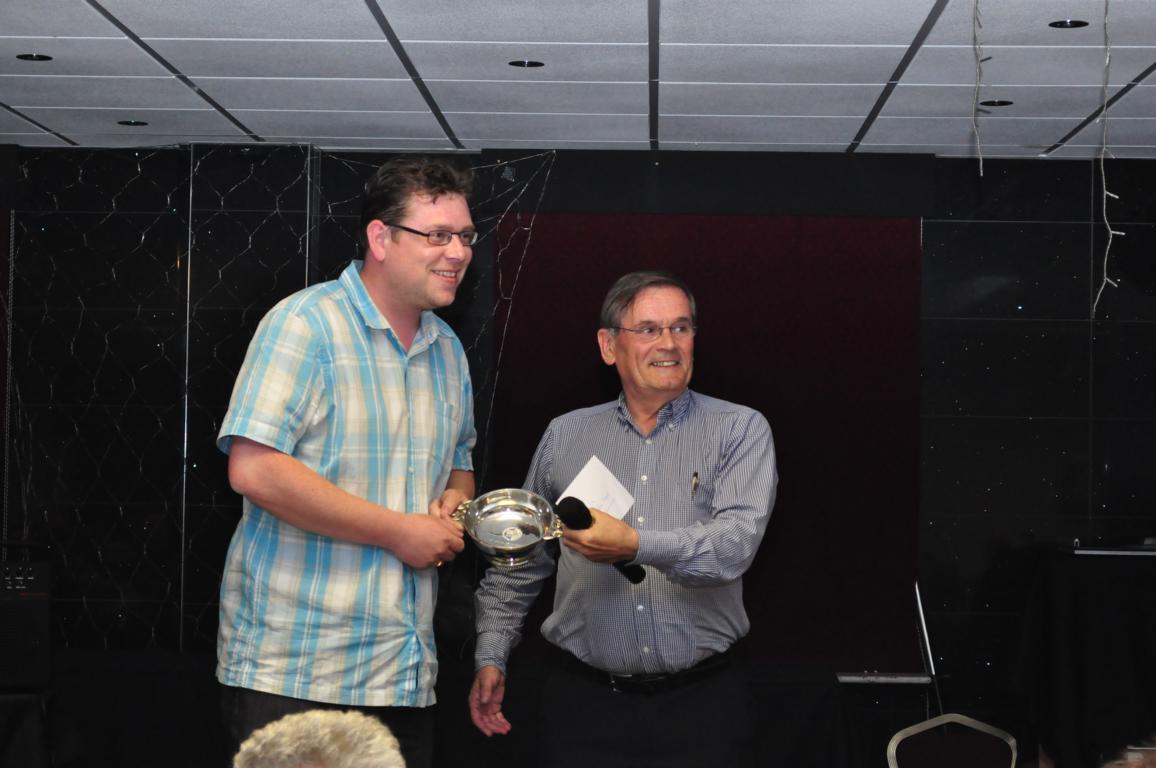 Following a hearty breakfast the boys all checked out of their rooms and said their farewells, with a promise to be back again next year where they are thinking of extending the trip with their wives and girlfriends for a few days up in Orkney. On the return they decided to call in on Charles (M0OXO) and his wife Debbie to have a refreshing cuppa and a break from the journey. Charles and Debbie extended their usual superb hospitality and we thank them for the refresher. A quick drive through Barnsley and down the M1 to deposit Chris at his home, and Tim at his in Coventry. Ant eventually arrived home in Llanelli as the time approached 20:00 local – a total journey time of almost 11 hours.

We would like to thank the GMDX group for their hospitality and welcome, and to all who attended and spent time chatting with us. We hope to see you all again soon, and we will definitely be back for the next GMDX Convention!

Thank you to Chris Colclough, G1VDP, for permission to show this article here.