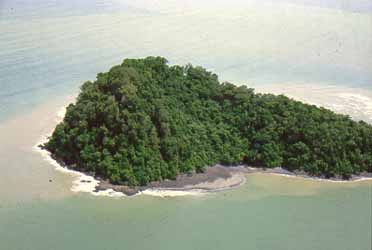 Using two stations with linear amplifiers to a Hexbeam and verticals located on the ocean.QSL

Both 9M6XRO/8 and 9M8Z/P via M0URX, direct or Via the bureau, or LoTW. Alternatively, QSLs may be requested using M0URX’s OQRS

Both callsigns QSL via M0URX, direct  or Via the bureau, or LoTW. Alternatively, QSLs may be requested using M0URX’s OQRS

VK8DX is the new call sign “On Air” from Darwin, Northern Territory, Australia. Oliver Bross, MW0JRX / OM0ARX recently moved to Darwin and can be found calling CQ on HF.
QSL Via M0URX. Please be patient as we have yet to design and print the QSL card!

10,000’th OQRS Request
I introduced the Online QSL Request System (OQRS) in September 2008 and since then 10,000 OQRS emails have been processed. Thank you for using this system which does save huge amounts of Bureau resources in both money and time. However, still far too few Radio Amateurs are bothering to check QSL information on QRZ.com, resulting in many thousands of Bureau cards being sent through the Bureau that should have used the OQRS.

The whole idea of using an OQRS is that for many DXpeditions and some DX calls, the DX operator does not need to collect the QSL cards, he is an “activator” and for these contacts a simple OQRS is all that is needed to get your Bureau QSL fast and efficiently.

Responsible Bureau Use?
We have to be more responsible against wasting money. It costs huge sums of money to ship tens of thousands of Bureau cards around the World. Many people think that the Bureau QSL is free! It is not free. In the case of QSL cards that are sent out from here, all costs are paid for by the generous donations paid by Direct QSL users that support the Bureau system for everyone to use. Also of course the time of dedicated volunteer Bureau staff around the World. Sadly I have to admit, that a lot of money here is spent retrieving Bureau QSL cards INCORRECTLY routed through the Bureau system by the sender.

RSGB Bureau puts restrictions on cards!
I am becoming increasingly frustrated with the RSGB QSL Bureau over the last few months I have been informed that the RSGB will not accept high quality QSL cards, too heavy. Will not allow contest call signs to be sent Via M0URX. These HAVE to be sent to the contest Sub manager instead. QSL Cards “Via” it has been announced are not welcome.

Support
I will always support and honour Bureau QSL requests, but I would ask you to think BEFORE you send another shipment of QSL cards to the Bureau. If a QSL from you is required from the activators that use my system you can be sure that I will ask you to send your card too.

Log Update
If you request a OQRS for Bureau, then you must update the QSL SENT field in your log with QSL Sent. This way, when you get the QSL you will understand that I do NOT need yours! “Thanks QSL” on my QSO report label should be a hint!

T88ZM & KH0/G3ZEM OQRS requests will be processed when the logs arrive from Bob Henderson.

New Topband Website
Nick UY0ZG writes in to inform us of a new website, “Ukraine Topband” dedicated to the 160m enthusiast. The site is in Russian language, Google Translate is a good way to read in your local language.

QSL Cards arrive!
A 40 kg box arrived from the printer this week with the latest batch of QSL cards. Among them was VE2CSI QSL card, for the Association de Radioamateur Sept-Iles. Direct QSL cards have been posted this week. 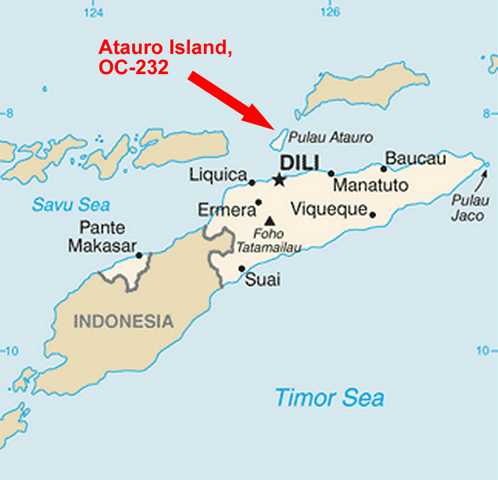 The group is working closely with the Timor-Leste licensing authority and the DXpedition callsign will be announced soon.

There will be three stations, two using full licensed power linear amplifiers, and a third running 100W. Antennas will mainly be quarter-wave verticals and vertical dipoles, all located within a few metres of the ocean. For 160m an inverted-L will be used.

Atauro Island was chosen in order to provide a quiet location, well away from the electrical noise of down-town Dili. The beach-front site will allows the group to put up vertical antennas right by the ocean, providing additional low-angle gain. In addition, the island counts as OC-232 and is part of a very rare IOTA group, having being confirmed by only 18% of active IOTA participants.

Accommodation on Atauro Island is very basic and the team will be in beach huts with no mains electricity or running water. All power for the DXpedition will be provided using hired generators. As such, the group will be requesting donations. A website will be available soon and further details will be published on the website.

QSL via M0URX, direct (SAE plus 1 IRC / $2), via the bureau, or LoTW. Alternatively, QSLs may be requested using M0URX’s OQRS form. 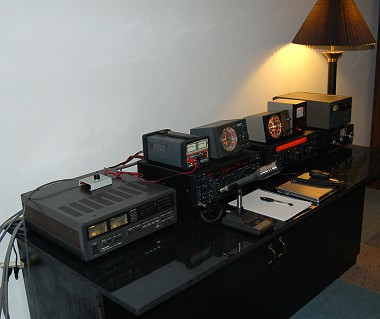 QSL cards will be sponsored by United Radio QSL Bureau.

Please DO NOT send cards through the Bureau for this activity. USE OQRS Thank you. 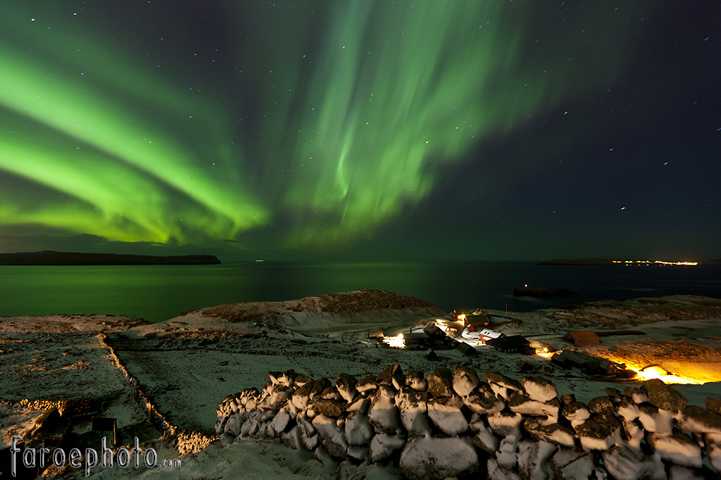 OY1OF Ólavur Frederiksen emailed today “I am now able to work from my car, I am using a FT-897, but right now only on 70cm, 2m, 10m,next week I hope to have antennas for 6m, 15m, 17,
We did have a strong Aurora last night, and I was out taking some pictures of it”

Ólavur thank you for allowing us to see these stunning images of last nights Aurora, quite breathtaking! 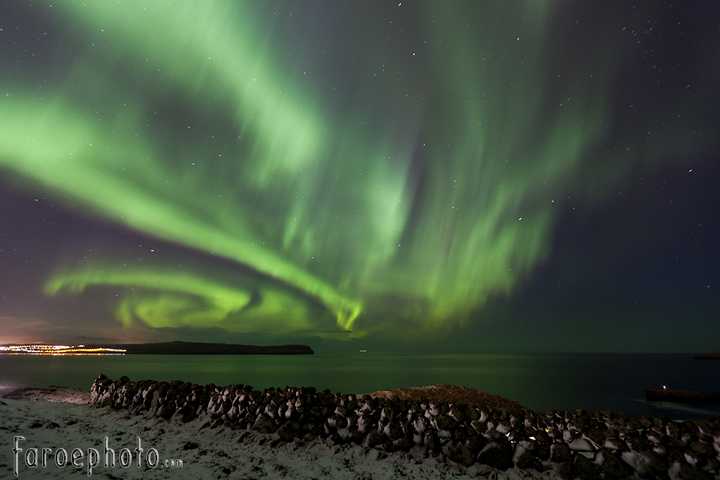 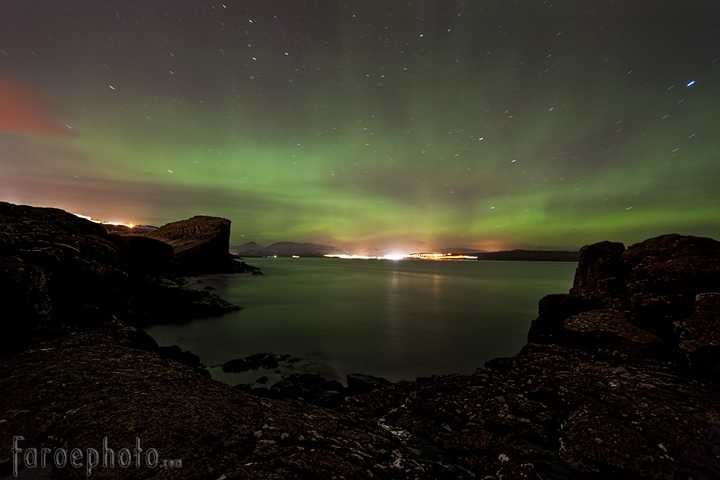 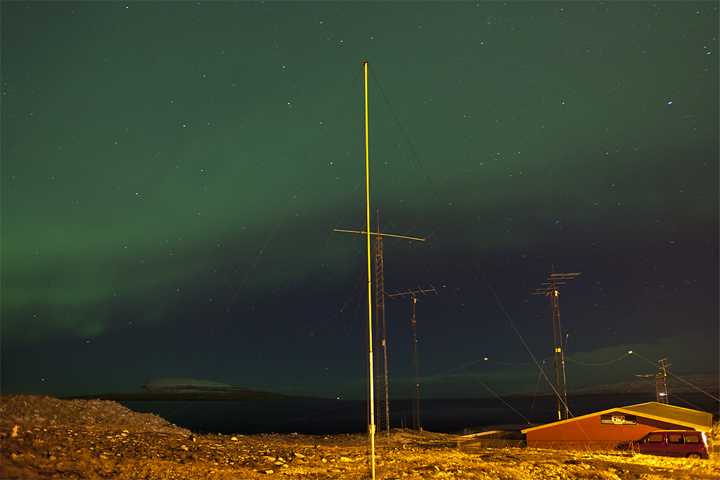 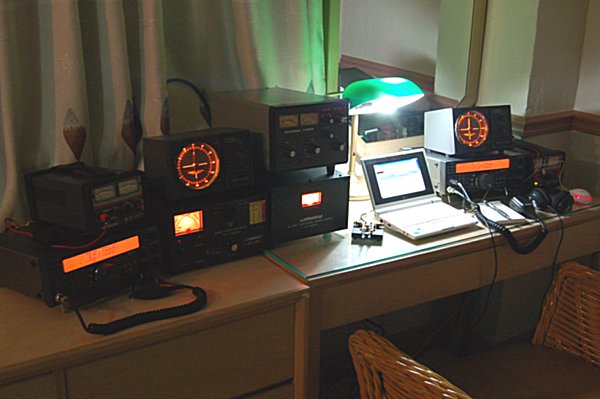 Operating from the Palau Rental Shack, he will be active on CW only with the callsign T88ZM.

QSL cards will be sponsored by United Radio QSL Bureau.