Lids On The Air

This weekend I really enjoyed some real great DX, but the operating of some Amateurs is quite unbelievable, quite shocking and in some cases quite disgusting. Something must be done! Well in an attempt to shock some of the operators concerned and make them realize that this is NOT the way to operate, some friends have set up a website called “Lids On The Air” with audio recordings of some really dreadful operating. Please visit the site let us see if we can learn from this!

After the investigations reagarding the RSGB Outgoing Bureau Don Field has sent me the following Report. This really is great news that we all welcome. Thank you Don. Let’s hope that we now have this matter resolved.

Over the past couple of months the Society has received correspondence and questions from a number of amateurs whose outgoing bureau cards do not appear to have reached the overseas bureaux for which they were intended. Checks with some of the key overseas bureaux suggested that it had been many months since they had received cards from the RSGB.

It is apparent that Richard has been on a steep learning curve since taking on the bureau and his early focus was on fixing some longstanding issues with the sub-manager network, and the distribution of incoming cards.

With regard to outgoing cards, shipping costs, at the start of the year had already begun to rise sharply. Costs outside the EU began to rise more than could have been reasonably predicted, due to the worsening economic situation. This could not have occurred at a more inopportune time, when the bureau was turning its attention to building up the overseas distribution. By the first quarter costs had risen 25%, with no sign of slowing, and the Board was made aware of concerns. The bureau’s main provider pulled out of several destinations, including America, Russia and other ex-Soviet destinations, also increasing costs to Europe and the Pacific Rim. In the second and third quarters the bureau had to use several different companies and routes, including costly personal air mail, shopping around for each dispatch, in order to maintain service , whilst trying to find another long-term partner, prepared to offer trade distribution rates.

This proved to be an extremely frustrating period as all carriers appeared reluctant to take on new business and prices changed per shipment, against the value of the pound. Increasing the average weight to popular destinations, from 10kg to 25 kg, brought some short term cost savings, but did not resolve the issue.

However, even with additional sorters it became apparent that whilst the bureau’s remit is not to be the quickest way to send a QSL card, only the most cost effective, that increasing the package size to gain a cost saving would not ultimately meet some user expectations and that delays would continue.

It also brought the bureau into conflict with Customs in certain countries as they refused to accept large shipments as non-commercial, printed paper, imposing customs charges. Fortunately, by the last quarter, it was possible to find another provider, capable of distributing to all IARU destinations. Costs were significantly reduced and volumes began to increase in the final quarter and have continued into the New Year. The bureau is now more positive that it can continue to stay within its budget, having shipped approximately 400,000 cards by weight, over the last year. This being 25% down on its own internal projection. The position has been recovered and provided that there are no more shocks to come in the wider economy, there is now a stable platform on which to build in 2010.

The Society regrets any problems with the bureau, whether real or perceived. While the RSGB QSL Bureau is no substitute for direct mail, it is a valuable membership benefit to many. It should be emphasised, incidentally, that intra-UK cards have been flowing freely throughout. It is unfortunate that there continue to be some abuses of the Bureau, for example by members sending cards on behalf of overseas friends who are not members. Indiscriminate QSLing by some contest groups and special event stations have also served to slow down the overall flow of cards.

Any questions relating to the RSGB QSL Bureau should be emailed to Richard at QSL@rsgb.org.uk but it is hoped that the regular bulletins in RadCom will help to reduce his correspondence and give him and his team more time for getting those cards through. 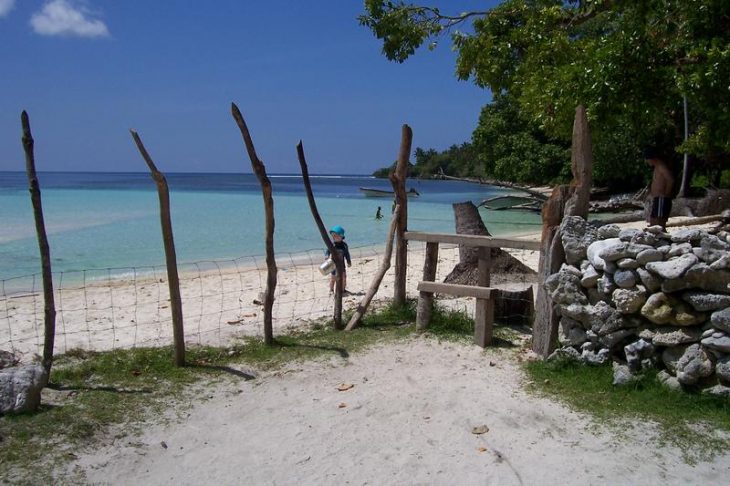 P29CS Andy is working and living on Lihir island IOTA OC-069, just to the east of New Ireland Island, located 940Km N.E. of Port Morseby. Andy is closer to the capital city of the Solomon Islands than he is to the capital of PNG.

Andy contacted me recently to take on his QSL manager duties from AFTER 16/01/2010. This is because all QSO’s before this date are on paper log and I do not have the data to reply to QSO’s from previous logs.

At this stage I am designing the QSL card. QSL cards will be printed by end of March. Please be patient!

250 Items have been prepared for posting which include direct QSL cards and 3,500 Bureau QSL cards to World Bureaus.
This mailing will be sent out on 20/02/2010.

Please remember if you need a Bureau card. Request it! dont send it! Use my OQRS. Thank you!

Thank you to G1VDP Chris for your help this evvening.

Remember for DX’peditions IOTA or Holiday stations your QSL may not be required!!!
You could save time and money by requesting your QSL by EMAIL or OQRS. Please use these facilities and help me save on Bureau costs both here and at all World Bureaux. Thank you! 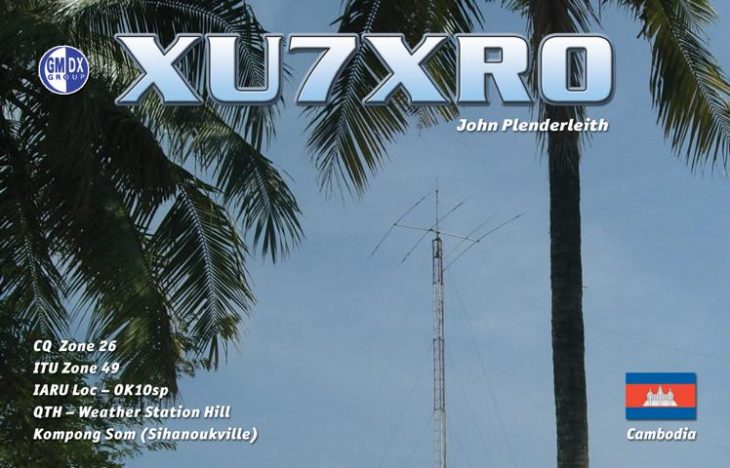 John 9M6XRO is operating from Cambodia as XU7XRO  3rd to 9th  February. John will operate on 160-10 metres CW, RTTY and  SSB,  with a beam and Inverted V’s for the low bands.

QSL via  M0URX, Direct (or Bureau by email request ONLY) The  log  will  be  uploaded  to  LoTW and my online log search facility  after  the operation.
Full QSL Routing click here.

ONLY Request Bureau Via EMAIL. All Bureau QSL cards will be sent direct Via World Bureaus by-passing RSGB.

04/10/2010 0300z I have made 400+ QSO’s but the bands are not great. I’m using my IC-7000. There is a really high SWR on the 80/160m ant but I have not got my MFJ this time to see where it is resonant. I will root out the big ATU from the cupboard and see if that does any good. The way the linear is set up you have to press the footswitch on every mode even CW and RTTY which is a pain so am going to see if I can sort that out.