I received the K4M Midway Atoll QSL in the post this morning. That makes 284 DXCC Confirmed for M0URX.

You may remember I invited Ofcom (Office of Communications) to investigate some local QRM giving me major grief on the Amateur Bands, well the TV Masthead Preamp PSU on the house at the end of the street has now been replaced, and the drifting noise on 15m now has gone… BUT.. I quickly realised that was not the main cause. I invited Ofcom back and asked them to investigate further as I still have total wipe out S9+20 on all bands about 3 hours every evening.
Ofcom now require a test done to make sure that the interference is 6db higher than the noise floor before they can take the case on. Not easy as the noise is in the evening and Ofcom work 9-5. Luckily during the day there are sprogs on 20m and various other parts of the HF spectrum for the guys to test. Happy that i have a case they went away to DF the little sprog. Got him! A Plasma TV a few doors away! Oh no!

The field engineer comes back to tell me the bad news, however he says that the first stage is to encourage the owner to compliance. Also his Office will send out further equipment to test the field strength of the Plasma TV to prove that it exceeds regulations. He says that if asking the owner to comply does not work then they will take the action of enforcement if it is required.

On a plus side the owner of the Plasma says that they are moving house at the end of April! Bonus!!! But the Ofcom engineer says that the case will stay live even when they move as the equipment MUST be repaired or replaced. 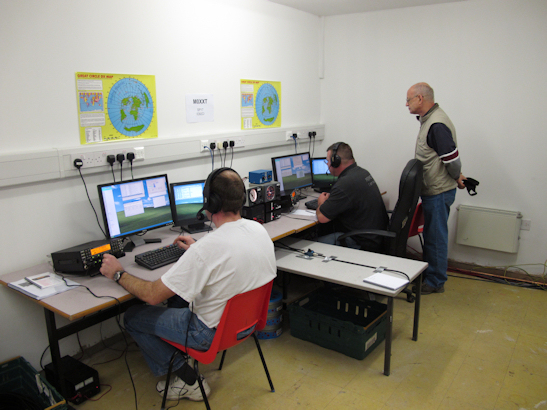 I had the pleasure this afternoon of visiting the UK Scout Contest Team M0XXT in Dorridge near Birmingham, England. The team led by M0MCX Callum have done an extensive shack refurbishment over the last few months. CQ WPX is a great contest to check out all of the new band pass filters and antenna systems.
Pictured operating Station 1 is Simon M0VKY, Station 2 operated by Callum M0MCX with guest operator Dave VA7AM looking on. 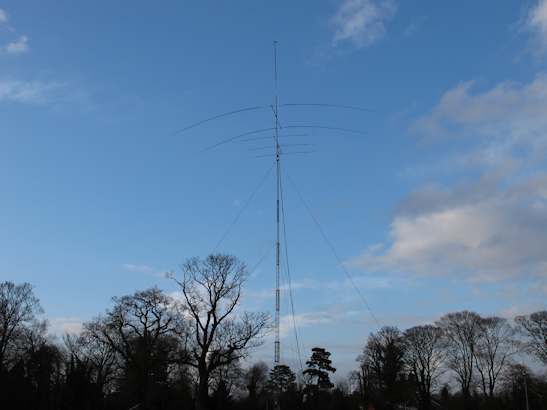 Band conditions during the Saturday were very poor. Hopes of some good conditions failed to appear after the previous weeks encouraging sunspots prior to the contest. 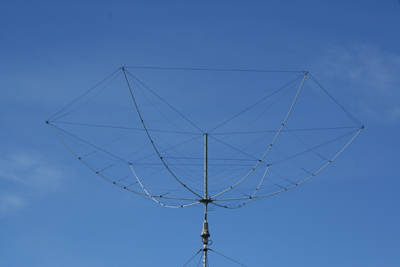 Once again in 2010 some of the team of Strumble Head DX & Contest Group are heading down to the farm to have some fun and maybe enter the CQ WPX Phone contest. The boys will be there from 25th March through to the 30th March 2010.

This year they will be testing the G3TXQ Hexbeam built by Ant, MW0JZE, that will be available for use by DX’peditions – see Ants web page for details – and the usual vertical for 40M and maybe 80M will be erected so a couple of bands may be used.

Chris, G1VDP, will be trying his hand at RTTY and may take his 30M vertical for some fun on that band. All contacts are valid for the WAB, WFF and IOTA awards and we have a club QSL card available if requested. Chris will be looking for Japan and Asia on 17M RTTY – this is a most wanted on this band – but he will be taking calls from all callers. The only thing he asks is that the pile up behaves and does as he says or he will go QRT and no one will work him.

Look for MC0SHL before and after CQ WPX and during the contest Chris will use MW9W.

Logs will be uploaded to LOTW each evening and QSL requests via the groups QSL manager Tim, M0URX

The QSL card for P29CS will soon be in print and ready to send out to you in early April. We have some more work to do to complete the design but here is a sneak preview for you. QSL Status – Letters now ready to post.

For the last 6 years i have had a noise on 15m that is 25KHz wide and various sprogs of the noise on other HF Amateur bands. I have been reluctant to try to resolve the problem as I was not happy confronting neighbours when I found the problem. During the evenings when the unit is switched on it has been S9 on all Amateur Bands but when on stand by only sprogs up and down the bands.

I decided that I would contact Ofcom using the Spectrum Abuse form on their website. Within a few days I had a telephone call to discuss the problem and the man from the ministry said that he would pass it on to the Field Engineers in my area. A week later the engineer telephoned to arrange an appointment. That was today, armed with DF antenna the men went on a mission up the street. About 1 hour later they came back and told me that they had found the problem a faulty PSU on a TV masthead preamp. The owner was co-operative although confused as to why it was a problem, saying “Well it doesn’t bother us!” They have agreed to have the unit replaced. Ofcom say they will follow the visit up with a letter to the owner of the equipment and make sure that a fix date is arranged. Although they can’t tell the person to switch it off, so the noise is still there. I should see an end to this problem soon, so I can once again enjoy Amateur Radio from my shack. Thank you Ofcom!

Although Turkmenistan has not been on the Amateur Radio radar for some time now I was surprised to see a letter this morning from the EZ QSL Bureau PO Box 555 Asgabat 744020 TURKMENISTAN. The letter contained SWL cards from EZ8CW using his SWL call sign EZ8-001.

It would be nice one day soon to welcome them back to the World of Amateur Radio! If only! So I just want us to remember our Amateur Radio friends in Turkmenistan, currently Amateur Radio is not permitted in the country but the Radio Amateurs remain dedicated to the hobby as SWL. If you are in Turkmenistan please let me know how the Ham community is continuing in the hobby.

I have received some great images for the P29CS QSL which is going to be a 4 sided card. The QSL will be designed as usual by ON5UR Max.