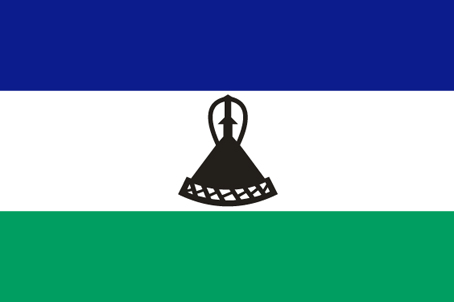 This week John 9M6XRO unveiled his callsign for the Lesotho expedition from July 27th to August 13th 7P8OK will be “On Air” using CW RTTY SSB. John will be in a team operating from The Trading Post Lodge in Roma, Lesotho, as part of the African DX Safaris Expedition.

Please follow my instructions and your QSL will arrive in good speed! 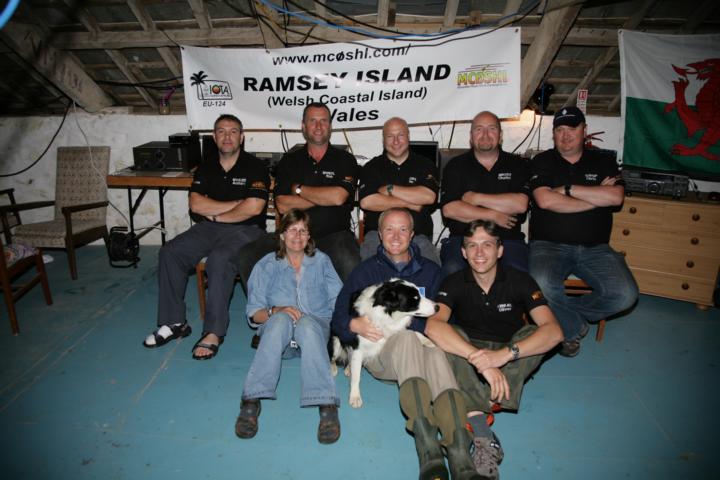 5515 QSO’s from MC0SHL & MW9W EU-124 Ramsey Island are now uploaded onto the online log search. The team head home after a great week on Ramsey Island. Great memories and you can see more information on the website  of Strumble Head DX & Contest Group

M0URX is Out of Office

I will be away from Wednesday morning (22nd July), heading off to Ramsey Island, Wales EU-124. The team will be active as MC0SHL and MW9W in the RSGB IOTA Contest. Not that i am soliciting for QSO’s prior to the contest as i am sure that is blatent advertising hehe. Anyway if you hear us on the bands our team want to hear your call so listen for us and say hello.

Please also listen for our other sponsored events MM0NDX/P Col will be on St Kilda weather permitting and 9M6XRO John will be operating out of Africa featuring 7P8OK Lesotho, all information is in my Blog below. You may also hear John as ZS6/GM3OOK.
I will answer all emails on my return next week. 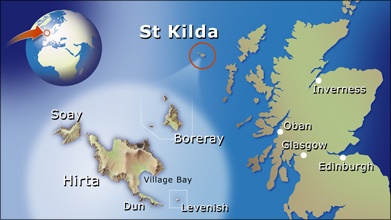 MM0NDX/P Col  will use GM5A during the IOTA contest.  MM0NDX/P outside the contest.
St Kilda is a much needed IOTA counter for many. Particularly Japan. It is nearly four years since the last activation.

Due to its very challenging location, the main island of Hirta (where I will be based) has an extremely difficult take-off to the North, North West and East. Infact, generally any direction!

Restrictions mean only an antenna at maximum height 30ft (10m) may be used.  A yagi type antenna is most definitely not allowed nowadays. [bird impact – there are over a million seabirds on St Kilda !].

A 1000ft sea cliff towering over Village Bay certainly won’t help matters! I shall try my best for all areas.

St Kilda Archipelago has been claimed by 35.9% IOTA participants.

Please note, I’m the sole radio operator in a group of five. Won’t be on 24/7, but will try my best!
MM0NDX/P QSL Via M0URX Log will be uploaded to my logsearch after the activity.
Col has built a website especially for this activity you can see more information at: http://eu059.wordpress.com/
MM0NDX/P QSL is sponsored by United Radio QSL Bureau.

Unfortunately this expedition by Col was cancelled due to rough seas around St Kilda. Two weeks later the captain of the vessel has informed Col, that he has still not been able to get near St Kilda at any time since the proposed activity.

This week John 9M6XRO unveiled his callsign for the Lesotho expedition from July 27th to August 13th 7P8OK will be “On Air” using CW RTTY SSB. John will be in a team operating from The Trading Post Lodge in Roma, Lesotho, as part of the African DX Safaris Expedition.

7P8OK QSL Via M0URX – QSL Direct or Via Bureau However I will not accept incoming cards Via Bureau. ALL BUREAU QSL requests must be made Via email to tim@m0urx.com This e-mail address is being protected from spambots. You need JavaScript enabled to view it   or Via my QSL request form in the left menu. I fully support the Bureau but incoming cards are not required for 7P8OK or 9M6XRO and we would like to reduce Bureau costs by doing this.

Please follow my instructions and your QSL will arrive in good speed! 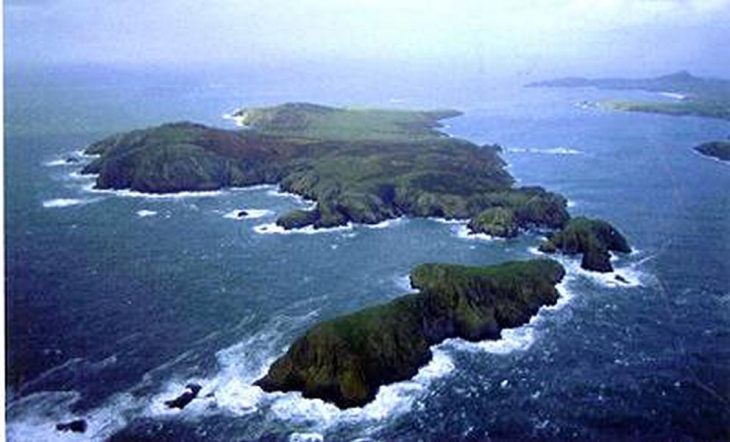 GW/IOTA EU-124 – The Strumblehead DX and Contest Group have now sealed the final permission to activate Ramsey Island (EU-124), off the West Wales coast, from the Royal Society for the Protection of Birds who own the island. They will be active from 18:00 24th July through to 14:00 27th July taking in the IOTA contest.

We will be active using the club call MC0SHL for the whole duration of the operation, and using MW9W in the contest. They will be on all bands from 80M through to 10M SSB. There is also some 30M RTTY planned by G1VDP if the other guys allow him, with participation in the last 80M Club Championships DATA section.

We will be operational using generators as power. Radios used will consist of 2 K3’s and a Yaesu FT1000MP MkV and amplifiers. Antennas will consist of 2 x Hexbeam, a windom and dipoles. Most of the activation is for the WAB award scheme as the square is semi rare and has not been activated for some time.
The team will be on from the farm for a few days before and after using the GB0WFF for the World Flora and Fauna award see http://www.wff44.com for award details, and using the MC0SHL club call and erecting a tower for Rob MW0RLJ. The island will not only count for the WAB award but will also count for the WFF award.
World Flora and Fauna Reference for Ramsey Island is GWFF-072 and for the Club house on the Pembrokeshire Coast (Farm) is GFF-015.
A special QSL card printed for both club calls, full details are on the groups website http://www.mc0shl.com  QSL via the groups manager M0URX.
This IOTA QSL card  is sponsored by United Radio QSL Bureau. 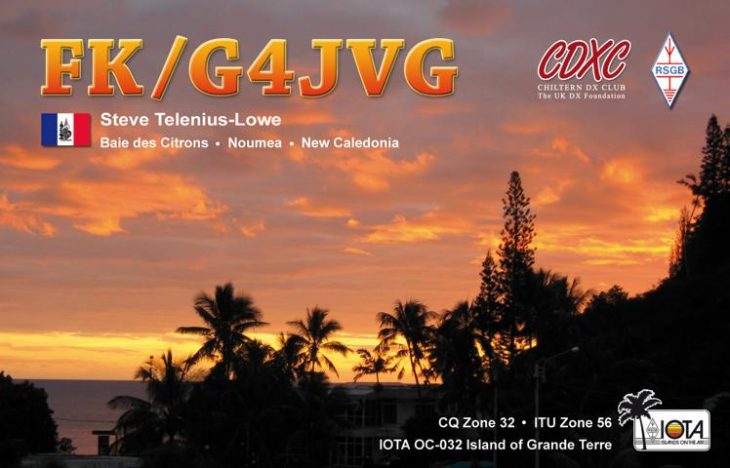 You may remember that Steve 9M6DXX was recently in New Caledonia with his wife Eva celebrating their Silver Wedding Anniversary. Here is the special QSL card out soon!
FK/G4JVG QSL is sponsored by United Radio QSL Bureau.