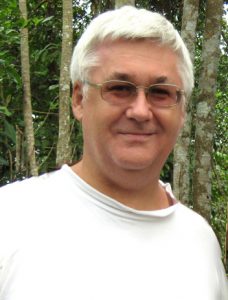 Steve was first licensed as G8FEO in 1970 while still at school in England. He has been lucky enough to live and work in Iran, Sweden and Papua New Guinea over the years, from where he was active as EP2SL, G4JVG/SM0 (and OH0/G4JVG), and P29DX / P20A.
Before retiring to Sabah in 2005, Steve worked as editor of the RSGB’s RadCom magazine. He was a founder member of the Five Star DXers Association (FSDXA) and a member of the 1998 9M0C Spratly Islands, 2001 D68C Comoros and 2007 3B7C St Brandon DXpedition teams. He was joint editor with G3NUG of the book DXpeditioning Behind the Scenes.

In addition to Sabah, he currently holds licences in Sarawak (9M8Z), Thailand (HS0ZHX), and USA (KH0UN), as well as the UK (G4JVG). In all, he has operated from 39 DXCC entities and the same number of IOTA island groups. Steve is a member of the RSGB, BARC (Borneo Amateur Radio Club) and CDXC (Chiltern DX Club). Although officially retired he is still doing some free-lance work for the RSGB, including production of the 2007 and 2009 RSGB IOTA Directory. He compiled and is editor of the World Licensing and Operating Directory. Steve only operates SSB, plus some RTTY on expeditions. 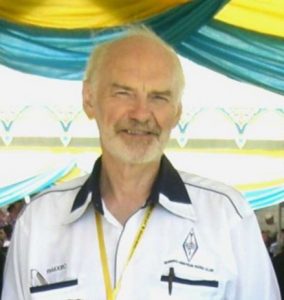 John was first licensed in 1960 as GM3OOK in Ayrshire. He operated from Singapore for about 10 years as 9V1RS, then moved to the Isle of Man as GD3OOK (his current UK callsign) then to Norfolk as G3OOK, including several years /MM.

Since retiring he has made three trips to Africa and has been QRV as A25OOK, C91XO, 3DA0OK, 7P8OK and ZS6/GM3OOK. In addition he has been XU7XRO from Cambodia several times as well as V8FRO from Brunei.

IOTA operations over the years include a number as 9M6XRO/P from OC-133, plus the only OC-295 activation from Sebatik in 2006 as part of the 9M4SEB Borneo Amateur Radio Club team. John prefers CW and RTTY but he does operate SSB and also other digimodes. 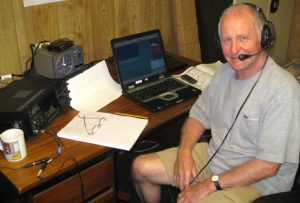 Gordon is originally from Glasgow, Scotland and was first licensed as G(M)8AKB in the mid-1960s whilst at school, when he enjoyed a mix of HF and VHF activities. Family commitments then took priority for many years until he re-discovered amateur radio early this century. Since becoming active again he has become an enthusiastic IOTA hunter and enjoys DX operating, both chasing and activating.

He has been heard as VP2MSR and P29VSR and was a member of the ZD8UW, 3B7C and the 2009 P29 DXpeditions. He is a member of the RSGB, GMDX, UKSMG and FSDXA, and is Treasurer of CDXC, the UK DX Foundation. Gordon’s favourite place in the world is the island of St Kilda, EU-059, which he activated in 2006 whilst on a National Trust archaeological dig. He usually operates on SSB.

If you have had a QSO with Gordon, many thanks. If not, please look for him this time from Sebatik Island, operating as 9M6DXX/P. 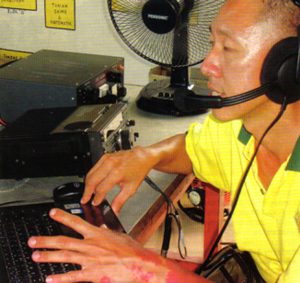 Amin holds the Malaysian Class B (VHF-only) licence 9W6AMC and is active primarily on 145MHz FM, particular on the chain of repeaters that covers the state of Sabah.

He runs his own business in Tawau, the closest town to Sebatik Island on the mainland of Sabah, and specialises in radio and TV repair work, CCTV and satellite dish installation, and car and wireless alarm systems. 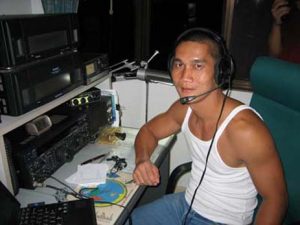 Lee also lives in Tawau, where he works as a teacher. He is active in the Scouting movement and holds the rank of District Commissioner. His other interests include outdoor activities, bodybuilding and travelling.

Lee was also of great assistance to the 2006 9M4SEB Sebatik Island DXpedition team and we hope that we will be able to persuade him to make a few HF QSOs during the 2010 operation!