The 4W6A DXpedition is now less than one month away. Low-band operators will be pleased to hear that the team now has a Titanex V160E 87ft / 26.5m-high vertical antenna for use on 160m at 4W6A. The antenna was shipped from the manufacturers in Germany and has arrived in Darwin, Australia, from where it will be trans-shipped to Dili, Timor-Leste, later this month.

The team had previously planned to use an 18m Spiderbeam pole as the support for a 160m inverted-L. With the arrival of the Titanex vertical, the 18m Spiderbeam pole will now be used for a full-size 80m quarter-wave folded monopole vertical instead.

Other antennas include monoband quarter-wave verticals for 40, 30 and 17m kindly sponsored by Tony Burt, VK3TZ, of Rippletech Electronics in Australia, a 2-element phased array for 40m, an Australian-made Com-an-tena vertical for 10, 15 and 20m, a Butternut HF6V, a 15m vertical dipole, and a G3TXQ Hexbeam made by team member Ant David, MW0JZE. All the antennas will be located on the beach within a few metres of the ocean.

Thanks to the generous sponsorship received from many DX foundations, clubs and individual DXers, it has become possible to ship much of the heavier equipment to Dili, Timor-Leste, in advance of the expedition.
The team is very grateful to all DX groups, companies and individuals that have sponsored the expedition. All are listed with thanks on the 4W6A website at www.4w6a.com/sponsors

4W6A will be QRV from Atauro Island (IOTA OC-232), Timor-Leste (East Timor), from 16 to 26 September 2011. Activity will be on all bands 10 to 160 metres, using CW, SSB and RTTY with up to four stations simultaneously. The QSL manager is M0URX, direct (SAE plus 1 IRC / $2), via the bureau, or LoTW. The entire log will be uploaded to LoTW as quickly as possible after the end of the operation or, if possible, also during the DXpedition. Direct or bureau QSLs may also be requested using the M0URX Online QSL Request Service (OQRS) at https://m0urx.com/oqrs (there is also a link from the 4W6A website at www.4w6a.com/qsl-information).

I am pleased to announce that the new OQRS (Online QSL Request System) has gone live!

I would like to thank Bernd, DF3CB on behalf of us all for allowing to use this superb new system that he developed for DXpeditions and other users. Thank you Bernd for your collaboration.
Thanks also to Oliver, VK8DX for your involvement in getting this live!

Status of your Request – The new OQRS will not require me to email confirmation of every OQRS received, this will save a huge amount of time. Instead the DXer can log into the OQRS with their callsign and email address to see that the OQRS has been “Processed” or will be status “Open” . Just how good is that!

If you do encounter any teething problems of the new OQRS please report them to me using the “Contact M0URX” page in the Menu.

Sending Direct or using OQRS & Paypal, here are the costs

Multi QSL Direct – If you need to request more QSL cards take advantage of my Multi QSL offer.
As some of you DX and QSL as a group or friends, to reduce costs this may help you.

Remember – It does not matter if you worked 1 or 20 bands slots with one station, that counts as one QSL card.

Log Search:
Log can be searched at Club Log.
LoTW users are reporting to me that some QSO matches have not appeared. This is beyond my control. LoTW seems to be taking from a few minutes to several days to match QSO’s and some are just not appearing. Please be patient. If a match has not appeared in a few days please contact me then, or contact LoTW and report the problem. Thank you.

The team report very slow internet connection. I will upload LoTW and Club Log as often as the team can send me the ADIF.
REMEMBER the log is NOT live! It is updated as and when the internet line can transfer the data. 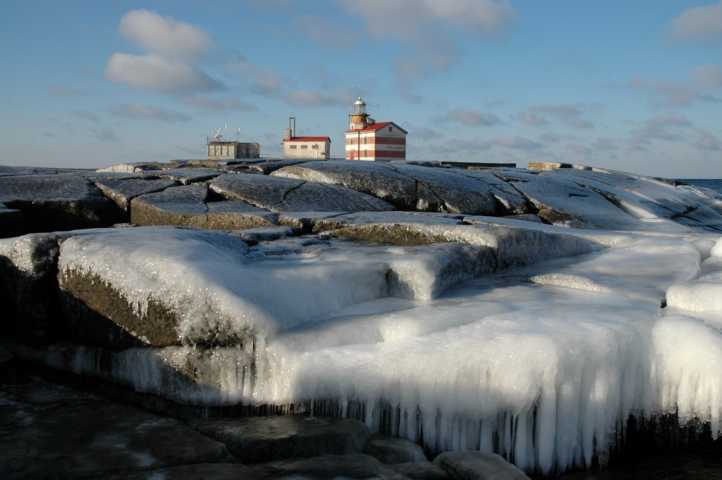 “Extra kilograms are often a big problem on airplanes. So we decide that Dervin and Jelmer will transport our equipment via land. A trip through Belgium (ON), The Netherlands (PA), Germany (DL), Denmark (OZ), Sweden (SM) and Aland Islands (OH0).

The day after (Saturday 13 August) a small private boat will take us and our equipment to Market Reef. We cross our fingers for good weather, so that the boat trip is possible and that we have a safe landing at Market Reef. If the weather permits, the boat will pick us up again Saturday 20 August.” 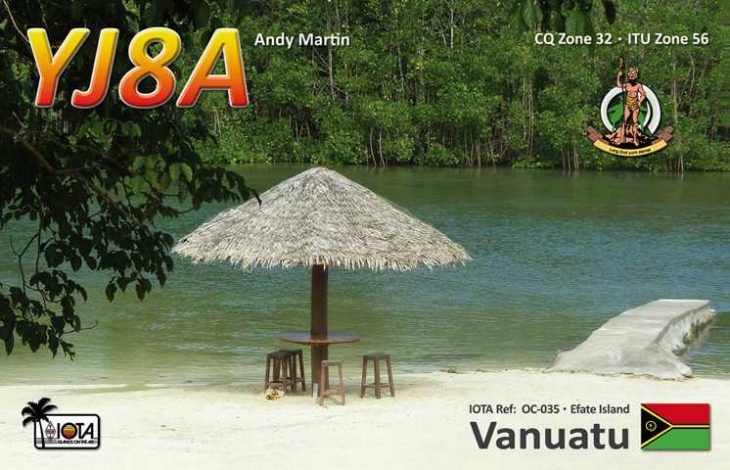 The design for the YJ8A, Efate Island, OC-035, Vanuatu QSL has now been completed.
The YJ8A QSL will be posted in Early September. QSL Via M0URX

I was extremely disturbed this afternoon by some hate messages sent on the cluster and demanding that P29CS goes split. The messages were nasty and very upsetting! The poster of the massages was hiding behind a fake call sign, not even man enough to own up to his actions. A coward! This once again shows how ignorant people can be.

P29CS is NOT a DXpedition, is NOT wanting a pile up but purely making a few QSO’s while he has time by the transceiver and wants to have a QSO with the station that he works. If he wants to work SIMPLEX that is HIS choice. Making stupid demands and sending hate messages must STOP NOW!
Your messages will be tracked and we WILL find the person responsible!