10m Is On Fire As Signals Go Round The Globe. 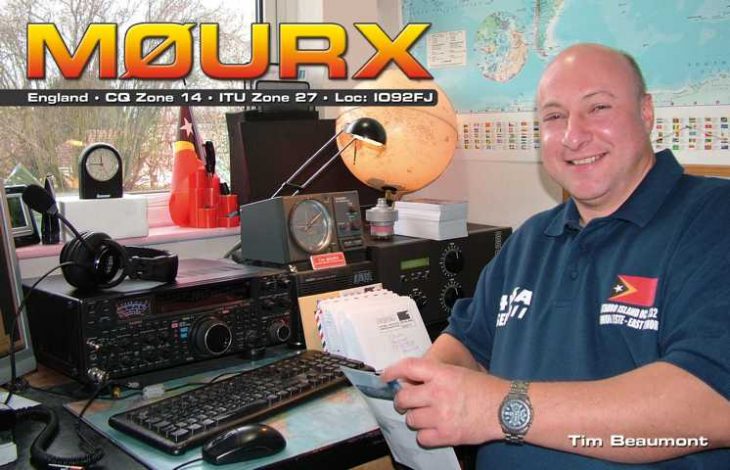 Wow what a morning on 10m! Although I have a day off work today I was up early and switched on the computer to check on emails and check band conditions, all very quiet but I noticed that a warning of an X1.8 flare had been issued at 0322z this morning. So I made a cup of tea and back into the shack to wait for the bands to open.

10m opened at 0700z with a QSO to Paul VK5PAS in Adelaide Australia, closely followed by a spot on the cluster for VR2XMT Charlie in Hong Kong, always a good operator to work and with a very strong 59 signal. I decided to call CQ on 28.528 MHz and soon had many European and Asiatic Russians calling me, “what was that a ZL? The ZL again please?” “Zulu Lima Two Bravo Charlie Golf“ Just brilliant, my first ZL on 10m, I love that buzz you get from working DX, conditions just excellent.
Then many Japanese stations calling in. After about an hour it seemed to go quiet so i tuned around, I found Glenn G8NOF further down the band working a VK2, I joined them for a few minutes as Glenn wanted to go QRT so he said take the frequency so again I called CQ DX beaming towards VK, and VU3KPL from Bangalore India called in, another CQ and a reply I struggled to work out where to beam all I was getting was L7 or NL, i tried again, and got the call “NL7V beaming long bath” rotator turned to about 150 degrees and there he was, NL7V in Alaska, some 20,720 miles on long path. we also tried the short path which was slightly stronger, Glenn called back in to work the NL7 I noticed a loud echo with G8NOF it sounded like our signal was going around the globe, great to hear, and something I don’t hear very often on 10m. Phewww, I need a cup of tea!
Tweet