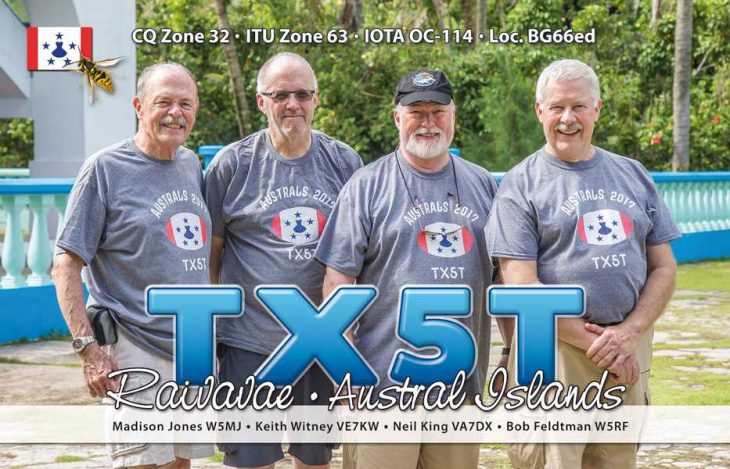 Following on from their 2017 operation the CanAm DX Group is pleased to announce that they have added an additional team member, K4UEE, Bob Allphin, to their upcoming trip to Austral Islands. The licence for their call sign TX5T has arrived

The team will arrive on Raivavae Island IOTA Ref:OC-114 on August 13 and staying through August 22.

The Australs are number 71 on the Most Wanted List on Club Log. The team may try 80/160 but given summertime conditions in the Northern Hemisphere.

There will be a new QSL card printed after the DXpedition. The QSL shown above is from the 2017 operation.
QSL Via M0URX OQRS:

The Final log has been uploaded to OQRS and LoTW. A further 400 FT8 QSOs have been recovered and are now on OQRS and uploaded to LoTW.