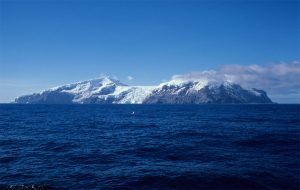 Press Release #4 from 3Y0J team
3Y0J DXpedition to Bouvet Island, November 2022
The 3Y0J team are delighted to inform about our continued effort to activate Bouvet island. After cancellation of the previous attempt due to the ill-fated sale of the vessel Braveheart we decided to continue the effort and search for a suitable and affordable vessel.
Today we announce that we have signed a contract with an expedition vessel with a proven track record and experienced polar crew that will take us to Bouvet in November 2022. The vessel is MARAMA and is fully booked for the 2021/2022 season. The cost is significantly reduced compared to our previous Braveheart charter. With the signing of the vessel contract we will start fundraising immediately. On this journey to Bouvet we have assembled a team of 12 operators and we plan to spend 20 days around Bouvet. The QTH at Bouvetøya will be Cape Fie at the South East part of the island, the only feasible part where a DXpedition can safely setup the camp on rocky ground, we will not set camp on the glacier. We will have a wide area of 150 x 800 ft to setup the camp and the antenna farm.
Back in April 2020 we started our effort to activate Bouvetoya – a Norwegian DXCC in South Atlantic Ocean and also known as the world’s most remote island. In close co-operation with NPI we received the needed permits in September 2020 to activate Bouvetoya, which also included a helicopter permit. We also together with NPI researched and was provided photos that showed a beach landing was possible. In November 2020 we were approached by Intrepid and we joined our efforts. After the sale of Braveheart in June we informed Intrepid that we would continue our effort to activate Bouvetoya and search for a suitable and affordable vessel. Last week we were ready to launch the vessel news to the team members. As we sent out this information it was leaked to Intrepid group which caused Intrepid in a hurry to send out a press release the following day that they would go to Bouvet. The act of the team member came as a big surprise to us, the same did the announcement from Intrepid as they were informed we would continue the project.
As of today we still hold the only valid amateur radio team license specifically issued for the purpose of activating Bouvet (3Y0J). With the NPI permits, the license, the signed vessel contract and a new expedition vessel we’re ready to move forward. The team of 12 operators will fund much of the budget but we also need the global DX Community to support our mission and help us make this important activation of the #2 most wanted DXCC entity. It is only through this kind of support that we can achieve our mission of making 120,000 contacts or more from Bouvet in November 2022. Without support there will be no activation.
In closing, we especially wish to thank our many Foundations, Clubs and Individual donors. Without this kind of support, operations to the world’s rarest entities would not be possible.
You can soon follow our plans from our website 3Y0J.NO (please note change of website to .no ) and the 3Y0J Facebook group.
Thank you,
Ken Opskar LA7GIA, Co-Leader
Rune Oye LA7THA, Co-Leader
Erwann Merrien LB1QI, Co-Leader
Tweet