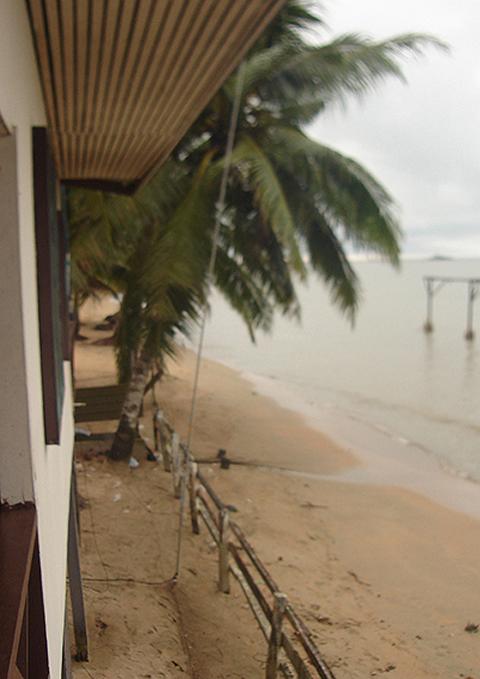 There is a massive tidal range at this QTH and the feedpoint of the 160m inverted-L was inches above the sea at high tide. The HF6 feedpoint was literally underwater the first night (and it has probably ruined the HF6 20m coax matching stub!) but we moved the antenna to a more elevated position for the 2nd night of operating.

Unfortunately, 80m in particular was very disappinting due to local noise at that site. The noise is S9 or over on the FT-1000MP S-meter and the two noise blankers do absolutely nothing to reduce it. At times I knew I had many stations calling on 80m, but I just could not copy them through the crud.

John, on the other hand, had a great time on topband and made 300 QSOs at his first sitting, mainly JA and Europe, and another 300 last night, mainly EU.