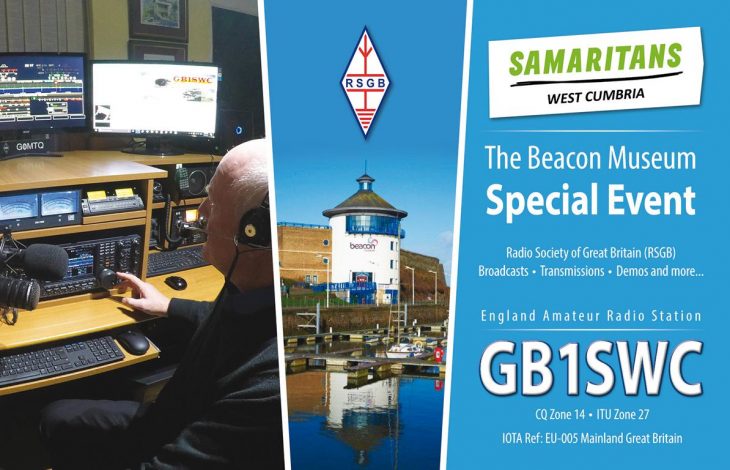 United Radio QSL Bureau are sponsoring the QSL management of GB1SWC a Special Event Station at The Beacon Museum, Whitehaven will host a variety of special events throughout the weekend of 11th – 12th March 2017 to support local charity Samaritans of West Cumbria and to raise awareness of the work undertaken by Samaritans.

In addition to the scheduled beacon exhibits on display, members of the Radio Society of Great Britain (RSGB) will broadcast voice and digital mode transmissions from Amateur Radio Station GB1SWC. As well as live tracking of the International Space Station and other interactive demonstrations such as a Morse Code Game, there will be sending and receiving of Television pictures and digital information over radio waves.

If radio conditions are favourable members of the public will also be invited to exchange greeting messages on air with licensed stations in the UK and abroad.

Suicide kills three times more people than road traffic accidents and West Cumbria has one of the highest suicide rates in the UK. Local volunteers from Samaritans will be on hand during the weekend to explain the work of their organisation and can be available to talk with anyone in private and in confidence if needed.

Nationally Samaritans respond to more than 5 million calls for help a year and it is only through the public’s kind donations and our trained volunteers that ensures we are always there for anyone struggling to cope. 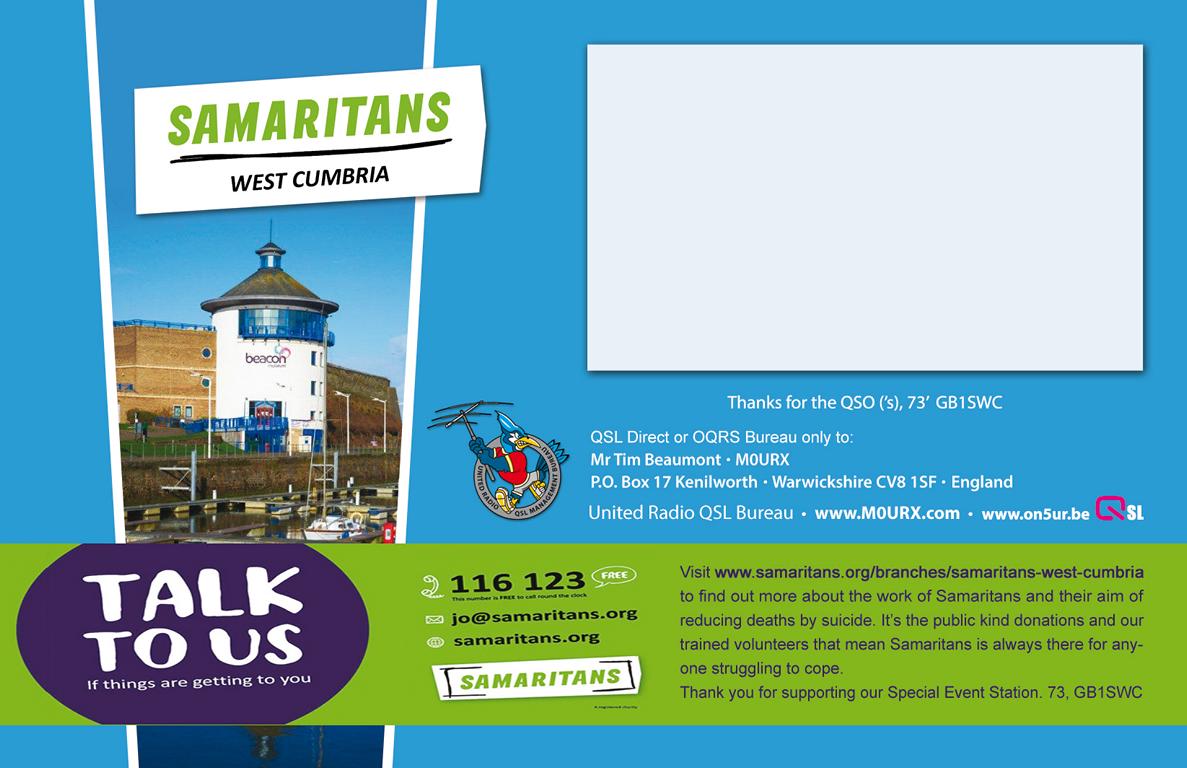