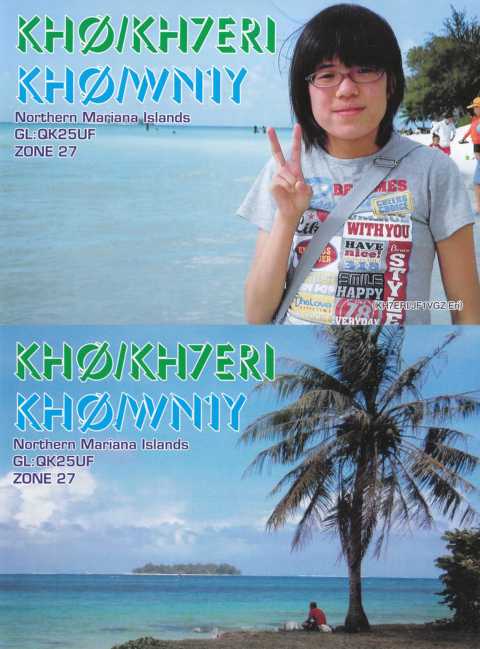 I have to admit I am not a contester, but I love to trawl through the bands and pick off the juicy DX that you find on such a fantastic contest as CQ-WPX. Propagation at the start of the weekend wasn’t anything special but  improved as the weekend went on. On Saturday evening on 21.392 MHz, Saskia, ZL2GQ was calling CQ from Hastings New Zealand, I was beaming Short Path which for me is over the North Pole, the signal from Saskia was weak but she was doing well into North America. I spotted her on the cluster expecting the hoards from Europe to work her, but nothing, no one from Europe was working ZL2GQ, I called and she heard me just fine. I listened for almost two hours.

M0URX – NH7O 28,476 km QSO 10m SSB.
When I woke in the morning it was just getting light outside, made my first cup of coffee of the morning and took it into the shack, I looked at the cluster to see what was happening, conditions were still FB. AH6RR Roland was spotted from Hawaii on 28.441 MHz, I checked on the short path, not a whisper, I turned the Hexbeam to the long path, really not expecting anything at all, but wow there was Roland on the long path, time to “Fire Up the Acom” those 3 minutes while you wait for the Svetlana to warm up can be the longest 3 minutes of your life! Roland gave me my first KH6 on 10m, wow a great start to the day, just a little down on 28.435 MHz was NH7O again on the long path, but no problems to work this one, another Hawaii station in the log! A distance of 17,694 Miles or 28,476 kilometres on 10m! Wow, to me that is simply awesome!

YL Contest op 11 Years old
On 15m KH0/KH7ERI had been calmly working in the contest all weekend, every time I tuned to 15m I could hear her signal. I checked the profile on QRZ.com and I see she is only 11 years old. This is great to see such a young person enjoying the competitive World of Radio contesting, and doing it so well too, not getting flustered by close in overload, just cracking away one after another in the log. Watch out guys Eri will be winning some major contests very soon! Well done Eri!
Photo – KH0/KH7ERI, Eri.By permission of Masa Shimizu, AH6KY, Eri’s father.
Masa says that they are scheduled to go to KH2 and will be QRV for one day.