Weekend in Brunei By V85/9M6XRO 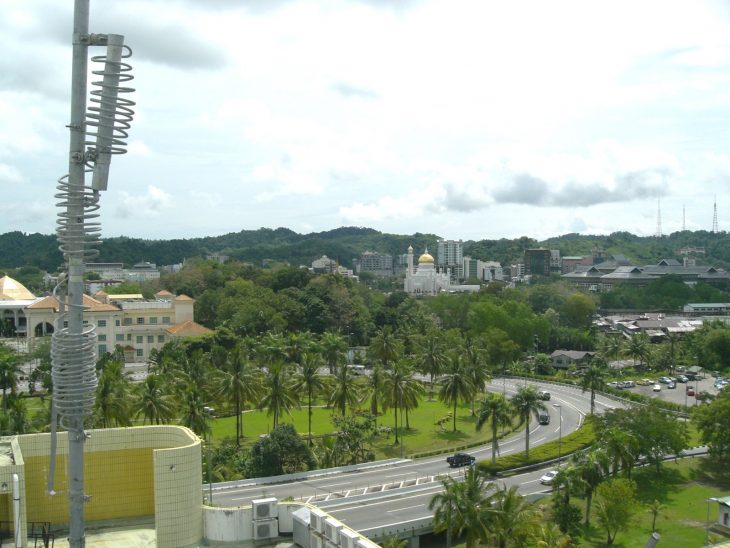 The XYL and I got back to KK yesterday evening just before dark. The actual distance by road is not that great but we have to go through 8 immigration checkpoints plus one river ferry crossing in EACH direction! That’s 16 chops in your passport!

The band conditions were in and out but I was getting on for 2000 Q’s in total including over 1200 on RTTY which was the mode I had targeted, as CW and SSB are pretty well catered for in Brunei. I only found very brief openings on 10m but 12m produced a bit more and on one night 20m surprisingly stayed open until after 3am local time with mostly North America coming through. Operating that late curtailed my early morning sessions though. I did not operate on 80m this time but made one QSO on Top Band with my friend Go, 9M6YBG, who needed Brunei on 160m. I did a bit of unplanned SSB in the CQ WPX Contest (65 Q’s) but my call sign V85/9M6XRO did not exactly roll off the tongue and I took a long time getting it across on almost every contact, even when signals were S9! Still the stations I worked were glad of the multiplier once they did figure out where I was 🙂

I have attached a photo I took from atop the watertanks on the hotel roof so you can see that the HF6V had a great take-off in all directions. I was running my IC-7000 (I get to like this rig more and more each time I use it) into the IC-2KL Linear and a Daiwa CNW-419 ATU when required. 73 for now – John – 9M6XRO