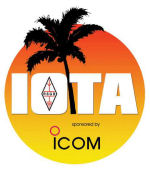 St Kilda Is an isolated archipelago 64 kilometres (40 mi) west-northwest of North Uist in the North Atlantic Ocean. It contains the westernmost islands of the Outer Hebrides of Scotland. The largest island is Hirta, whose sea cliffs are the highest in the United Kingdom. St Kilda was awarded Dual World Heritage Status in 2005 making it one of only a few places in the world in recognition of its natural and cultural significance. Getting to St Kilda is not easy.

Please be aware that MS0INT EU-059 & MS0INT/P EU-111 will be TWO separate QSL cards check QSL INFO before posting. Insufficient postal costs will be sent Via Bureau.
LoTW & online log search will be uploaded when the logs arrive here.
The team report at 1800z on the 19th that 8,500 QSO’s logged so far.